In his pamphlet The Servant as Leader, Robert Greenleaf writes: “The prudent man is he who constantly thinks of  ‘now’ as the moving concept in which past, present moment, and future are one organic unity.  And this requires living by a sort of rhythm that encourages a high level of intuitive insight about the whole gamut of events from the indefinite past, through the present moment, to the indefinite future.  One is at once, in every moment of time, historian, contemporary analyst, and prophet—not three separate roles.  This is what the practicing leader is, every day of his life.”

As it is in passage after passage in this seminal essay—the essay which started the field of Servant Leadership studies—there’s much to unpack  and ponder.  Here I want to concentrate on the phrase, “And this requires living by a sort of rhythm that encourages a high level of intuitive insight….”  Though it may be different for each person, each person must ask, “What kind of rhythm would that be, and do I live my life by it?”

Recently, I spoke at a small conference at my college.  The topic was “Grief and Social Change,” and this question of what rhythm we live our life to was one of the three main questions I asked.  It was about 2:15 p.m., and I said, “Let me describe my day to you so far.  I woke at 3:30 a.m. to go from my home in Aurora to prepare and serve a meal from 6:00 to 7:00 a.m. at the Daybreak Shelter in Joliet.  I got home around 8:00 a.m. to pick up my wife and drive her to work in Oak Park.  Getting home around 10:00 a.m., I took about a two hour nap, waking at noon, cleaning up, driving to a sale to pick up things for our new house, before rushing here—often going 80 plus miles an hour down Highway 88—to speak to you for about an hour, after which I’ll return to my office to send back a thesis draft to a graduate student before heading to my God daughter’s 12th birthday around 4:30, then leaving there about 6:00 to attend a function at my wife’s work back in Oak Park.  Now, what kind of rhythm would you say that is?  Is it one that in any way encourages a high level of intuitive insight?” 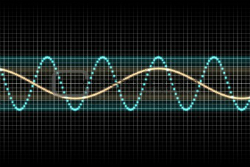 It was a ridiculous question, of course.  And my point wasn’t that I was busier than anyone else.  It was a packed schedule, to be sure, but not all that far off from the pace many of us live our lives by much of the time.  It’s a rhythm that encourages a high degree of being frantic, not being intuitive.  In short, we’re just too busy running around to be good leaders.

So what, besides slowing down—way down—must we do?  For a long while now, the general prescription for our times has been to create quiet times, to meditate, to pray—if you’re religious—focusing, perhaps, on some portion of scripture.  What else?  Throughout The Servant as Leader Greenleaf emphasizes artists and the role of art.  “Besides being quieter and meditating,” I asked, “how much time do we spend with art?  Listening to music, for example, not just having it in the background, but attending to it, being with it?”  Or being with a painting, a sculpture, a tapestry, photograph?  Or with nature, which many believe is the greatest art of all? 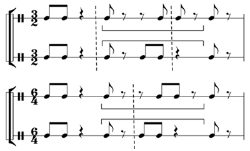 What might we gain from being with art?  Many things, of course.  Here, I’ll focus on just this: we gain an intuitive sense for patterns and the  rhythm of patterns.  A particular piece of art presents patterns as a unified, organic, rhythmic whole. This rhythmic wholeness is common to all art. Paintings display it as much as music does, and architecture has been described as “frozen music.”  In this way artistic rhythm parallels, develops, and nourishes that organic sense of the relationship between past, present, and future Greenleaf speaks about.  It nourishes and develops a special feeling for rhythms and patterns of wholeness, which produce foresight, because past patterns you remember, and patterns you’re experiencing now, can help you feel what may be coming next.  Greenleaf calls foresight the servant leader’s “central ethic.”  An intuitive sense of pattern and rhythm helps the servant leader “know the unknowable,” say what we must be doing, and set a direction for us.  It allows the servant leader to conceptualize these things—that is, what will happen if we go in this direction, act in this way—and conceptualization, says Greenleaf, is the leader’s central talent.  Spending time with art is one of the prime ways to develop a sense of rhythm—a sense of pattern and wholeness—that encourages the highest quality intuitions.

♦ This article is part of a series on Robert Greenleaf’s The Servant as Leader.  Go to the series’ Lead Post.

This entry was posted in Social Change. Bookmark the permalink.