Posted on September 6, 2018 by Richard Guzman 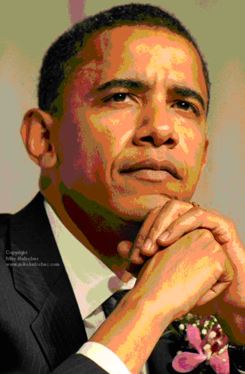 Barack Obama served as the 44th President of the United States, winning terms in 2008 and 2012. In my book Black Writing from Chicago, I included a passage from his best-selling autobiography Dreams from My Father.  That passage focused on his first meeting with the Rev. Jeremiah Wright, who subsequently became his pastor at Chicago’s Trinity Church, then subsequently not his pastor after videos—edited and, many said, without proper context—surfaced of a controversial Wright sermon.  His break with Wright was one of the crises of Obama’s 2008 campaign.

The passage I chose also highlighted a major theme of my book: the tension between class and race, and the fraught territory of Black middleclassness in particular.  When Obama brings up class, the jovial first meeting with Wright takes a serious turn.  “We don’t buy into these false divisions here,” Wright says sharply.  “It’s not about income, Barack.  Cops don’t check my bank account when they pull me over and make me spread-eagle against the car.  These miseducated brothers, like that sociologist at the University of Chicago, talking about ‘the declining significance of race.’  Now, what country is he living in?”  And Obama takes special note of something in Trinity’s brochure.  “There was one particular passage in Trinity’s brochure that stood out, though,” writes Obama, “a commandment more self-conscious in its tone, requiring greater elaboration.  ‘A Disavowal of the Pursuit of Middleclassness,’ the heading read.  ‘While it is permissible to chase ‘middleincomeness’ with all our might,’ the text stated, those blessed with the talent or good fortune to achieve 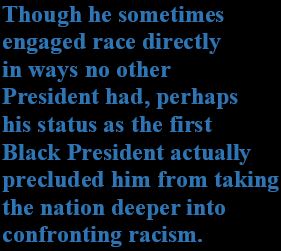 success in the American mainstream must avoid the ‘psychological entrapment of Black ‘middleclassness’ that hypnotizes the successful brother or sister into believing they are better than the rest and teaches them to think in terms of ‘we’ and ‘they’ instead of ‘US’!’”  This tension between race and class was, for many, including myself, one of the dominating factors of Obama’s Presidency.  Though he sometimes engaged race directly in ways no other President had, perhaps his status as the first Black President actually precluded him from taking the nation deeper into confronting racism—what many have called our country’s “original sin”—and forced him to focus more on class instead.  Or maybe he actually believed class was more important, an attitude Americans would readily embrace, as most of us would rather talk about anything—anything—but race.

Born in Hawaii to a Kenyan father and a white mother from Kansas, Obama also spent some of his younger years in Indonesia with his mother and step-father, Lolo.  After graduating from Columbia University he became a community organizer in Chicago, working in some of the poorest neighborhoods on the South Side.  He left Chicago for three years to obtain a law degree at Harvard, where he was elected the first black president of the Harvard Law Review.  In 1992 he married Michelle Robinson, a life-long resident of the South Side and another Harvard Law School graduate, and directed Illinois Project VOTE, registering 150,000 new voters.  He practiced Civil Rights law, became a senior lecturer in law at the University of Chicago, and served three terms in the state senate before winning a landslide victory for the U.S. Senate in November 2004.  Earlier that year, the keynote address he gave at the Democratic National Convention propelled him to stardom.  Even before he arrived in Washington to take his Senate seat, talk of an eventual run for the presidency swirled, and he spent some time in his early Senate career lowering expectations.  I saw him in early February 2005 at a town meeting he held at my college in Naperville, Illinois, and he joked that a Senate colleague had said to him, “Barack, you’ve been here a week already, and we still have poverty and unemployment.  You’re not living up to the hype!” 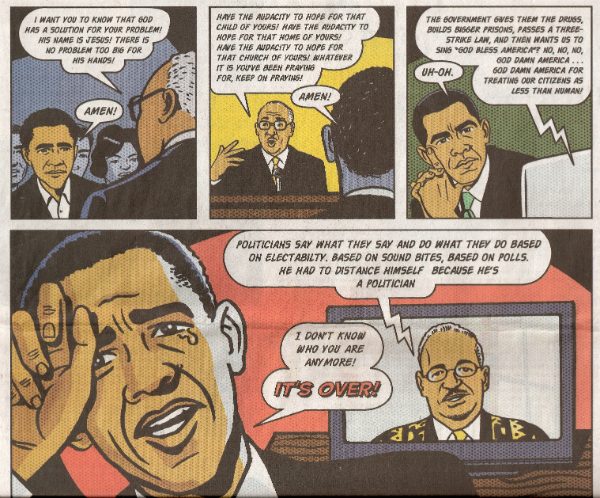 He wrote Dreams from My Father: A Story of Race and Inheritance—a wonderfully articulate, probing memoir—in 1995, long before he was such a luminous national figure. Sandwiched between details of his origins and his trip to Kenya to trace his father’s roots is the story of his coming to Chicago, where he first fully worked out his desire to be a community organizer.

It’s too early to gain a deep perspective on Obama’s Presidential legacy, though an early poll of respected historians and analysts has put him as #14 on a list of the most significant/successful Presidents, a ranking Fox News—in its typically ridiculous way—interpreted as a sign of sure failure. Another recent poll, decidedly less rigorous, has him ranked as #12 on a list of the most popular Presidents in American History, and this year a Pew Research poll puts him #1 on a list that asked people to rank the “Best or Second Best President in My Lifetime.”  His reputation has risen since 2011 when only 20% named him as such.  In seven years that number has doubled to 40%, and even Republican appreciation has risen from 5% to 13%.  A quick review of several polls—scholarly, popular, and in-between—seems to place him somewhere between the 11th and 14th best President in U.S. history.  Today, at least. 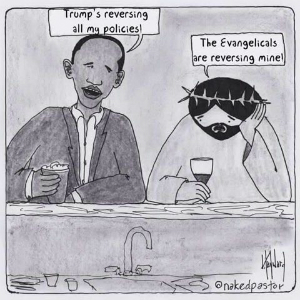 I’ve often looked back at my Obama choices of passages for Black Writing from Chicago with some degree of wonder, not knowing, for example, that months after the book came out his relationship with Jeremiah Wright would play so large in his Presidential bid.  Speaking of legacy, I also find it a bit eerie that I end with Obama’s reflections on the sudden death of Harold Washington, Chicago’s first Black mayor.  He describes the turmoil so well, and I ended the excerpt as he leaves a Chicago City Council meeting after witnessing so much wheeling, dealing, and power-brokering.

“I pushed through the crowds that overflowed into the street,” he writes, “and began walking across Daley Plaza toward my car. The wind whipped up cold and sharp as a blade, and I watched a hand-made sign tumble past me.  HIS SPIRIT LIVES ON, the sign read in heavy block letters. And beneath the words that picture I had seen so many times while waiting for a chair in Smitty’s Barbershop: the handsome, grizzled face; the indulgent smile; the twinkling eyes; now blowing across the empty space, as easily as an autumn leaf.”  As it turns out, Harold Washington’s legacy really does live on—and powerfully, too—as it appears Obama’s may also, in ways more fundamental than most of us, conservative or liberal, have yet to fully understood.

♦  For more on Black middleclassness, read my Introduction to Black Writing from Chicago, and the intros I wrote to writers like Leanita McClain.  Related to all this is The U.S.’s growing income inequality.  See “Graphic Inequality” for more on this issue.

This entry was posted in Black Writers, Social Change and tagged Barack Obama, Black Writing from Chicago: In the World-Not of It?, Jeremiah Wright, Presidential rankings. Bookmark the permalink.