The Chicago Literary Hall of Fame

In mid-2009 Donald Evans, a Chicago writer, called me with an idea: a hall of fame for Chicago’s literary greats.  Because of two of my books—Smokestacks and Skyscrapers (with David Starkey) and Black Writing from Chicago—Don wanted me to be in the first group of consultants and nominators.  Of course, I said yes, and Don still does me the honor, though dubiously deserved, of constantly referring to me as one of the great historians of Chicago writing.  You can see the whole group of inductees Here on the Chicago Literary Hall of Fame website, and from there explore the growing list of events, workshops, celebrations, and other resources the organization has to offer.  I’ve been privileged to give the speech inducting several Chicago writers, including Fenton Johnson and Marita Bonner.

I wrote most of this post shortly after the fourth induction ceremony, held in late November.  It was perhaps the warmest ceremony of all, owing to the wonderful speeches by those accepting awards on behalf of  the inductees.  So far you have to have passed on to be inducted—a

requirement that may be dropped in the future—and we’ve been lucky to have family members accepting most of the CLHOF awards.  Shortly after the fourth ceremony I mailed a book to California for my grand daughter Grace’s Christmas present: Oz, The Complete Collection, Volume 1, containing the first three books about Dorothy and the land of Oz by L. Frank Baum, the first children’s author inducted into the Chicago Literary Hall of Fame.  Volume 1—which the other grandkids (Micah & Josea, and Liam & Maddock) also got—contains The Wonderful Wizard of Oz, The Marvelous Land of Oz, and Ozma of Oz, the latter about Dorothy making a return trip.  Grace wasn’t going to be three until the following April, so it was a gift for the future, where someday she’ll  read the dedication:  “For Grace, Best wishes from the land of Oz. — Robert Baum.” 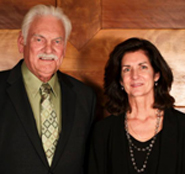 Robert, who accepted the award, is L. Frank Baum’s great grandson.  In fact, look left and you’ll see he looks rather like the Wizard of Oz in the movie!  He and his wife Clare, both former L.A. school teachers, now tour to appear in many Oz events and have developed a show, Frank and Maude, about his great grandfather and grandmother.  In a warm acceptance speech Robert told about how his great grandfather got the inspiration for one of Dorothy’s iconic companions.  A traveling salesman at the time, he was setting up a store window with a can of the oil he was selling and other store items close at hand: a metal funnel, for example, and some furnace pipe, and a hatchet!  And how did Oz get to be Oz?  L. Frank Baum tried his stories out on neighborhood kids as he worked on them, and one day he was launching into the story of a little girl in a strange land when one of the kids said, “Hey, what’s the name of this place?”  Baum looked around, spying his two-drawer filing cabinet, the first drawer labeled A-N, the second O-Z.  The Land of An, didn’t have quite the ring.

The following year, one of my friends and obviously a great poet, Carolyn Rodgers, was inducted. You can read about that Here, and find links to more about her.  From the magic words of a great poet like Carolyn to a writer who created a magical land, that’s the range of inductees in the Chicago Literary Hall of Fame, an organization I’ve been proud to be a part of.