Christianity and the Holocaust 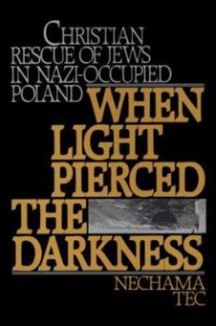 In my sermon “Who Do You Stand With?” I spoke of the shameful record the Christian church had when standing up for the lives and rights of the oppressed.  In fact, it has played a major role in the rise and continuation of racism, the suppression of women and LGBTQ persons, and, during the Holocaust, the support of Nazis.  There were exceptions, of course.  The Civil Rights Movement was to a large degree church-based, though the churches on the front line were mostly Black.  There was opposition to Nazi rule, too, from the so-called Confessing Church. One of its leaders was Dietrich Boenhoeffer, who wrote the great book The Cost of Discipleship, which begins with that startling sentence, “The great enemy of the church today is cheap grace.”  We want all the advantages of grace but don’t want to do anything for it.  We don’t want to stand with people, speak up for them.  Bonhoeffer was executed.  Another leader of the Confessing Church was Martin Niemoeller, who uttered the famous words: “When they came for the Communists, I didn’t say anything because I’m not a Communist.  When they came for the Jews, I didn’t say anything because I’m a Christian. When they came for the Trade Unionists, I didn’t say anything because I don’t belong to a Trade Union.  And then they came for me, and it was too late.  There was no one to speak up for me.”  Niemoeller spent seven years in a concentration camp.  But on the whole, the traditional German church whispered its objections.  Its virtual silence enabled the horrors of the war and the concentration camps, and much of the church openly stood with that evil regime.

The very first conference we ever put on at North Central College was “Christianity and the Holocaust,” November 8-10, 1989, directed by Dr. David Frolick, from political science,* and me as director of the two co-sponsoring entities, The Visiting Lecturer Committee and The Master of Arts in Liberal Studies.  Frolick had approached me about bringing Nachama Tec, who had written When Light Pierced the Darkness: Christian Rescue of Jews in Nazi-Occupied Poland,” and when I said, Why not more speakers? I remember him saying, “You mean an actual conference!?  We’ve got to get a good brochure!”  I remember, too, rushing by a group preparing lunch, saying, “No ham,” and hearing gasps as I sped away to take care of other business. 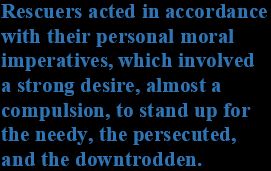 As part of that brochure shows below, we covered a wide spectrum of issues: the Holocaust and the Christian church, of course, but also Holocaust studies for high schools, the Holocaust in film, literature, and ethics, the Holocaust’s relation to contemporary racism—all culminating with Nechama Tec’s talk “When Light Pierced the Darkness: Becoming a Rescuer.”

It was a reprise of the central aspects of her book, which begins with noting that while the whole world knows so much about Anne Frank, it knows very little about the two people who hid the family.  The Encyclopedia Judaica, for example, refers to them only as “friendly Gentiles.” Their names, Tec tells us, were Mr. Koophius and Mr. Kraler.  They were both arrested and sent to camps. Koophius was released a few weeks later due to poor health, but Kraler spent eight months at forced labor.  In 1972 Yad Vashem bestowed upon them the title of Righteous Christians.

Tec—herself a Holocaust survivor helped by Polish rescuers—identifies six highly inter-related traits of those who became rescuers, including some who were actually anti-semites!  1) An almost marginal status vis a vis their communities, resulting in increased individuality and separateness.  2) Independence and self-reliance allowing them to act on their convictions. 3) Broad and lasting commitment to stand up for the helpless.  4) Consistently denying their actions were heroic, and seeing aiding Jews as a matter of fact thing. 5) Unpremeditated, unplanned beginnings of rescue efforts.  6) Universal perceptions of Jews as helpless and dependent on others, and the ability to disregard all other attributes except those that expressed extreme suffering and need.  In other important summary passages, Tec says:  “…it was this moral force that motivated the rescuers independent of likes or dislikes…Liking and helping, they knew, did not necessarily go hand in hand…The relative independence, strength, and freedom of these rescuers suggest that they were able to act in accordance with their personal moral imperatives, which involved a strong desire, almost a compulsion, to stand up for the needy, the persecuted, and the downtrodden.”

These sound to me like core values in Jesus’ ministry, values that are often forgotten, buried by our easy, comfort-seeking religiosity.  In the dismal history of the pain, the torture, the death we inflict on each other, and our usually feeble attempts to speak out against these, it was good to be reminded that light does occasionally pierce the darkness. 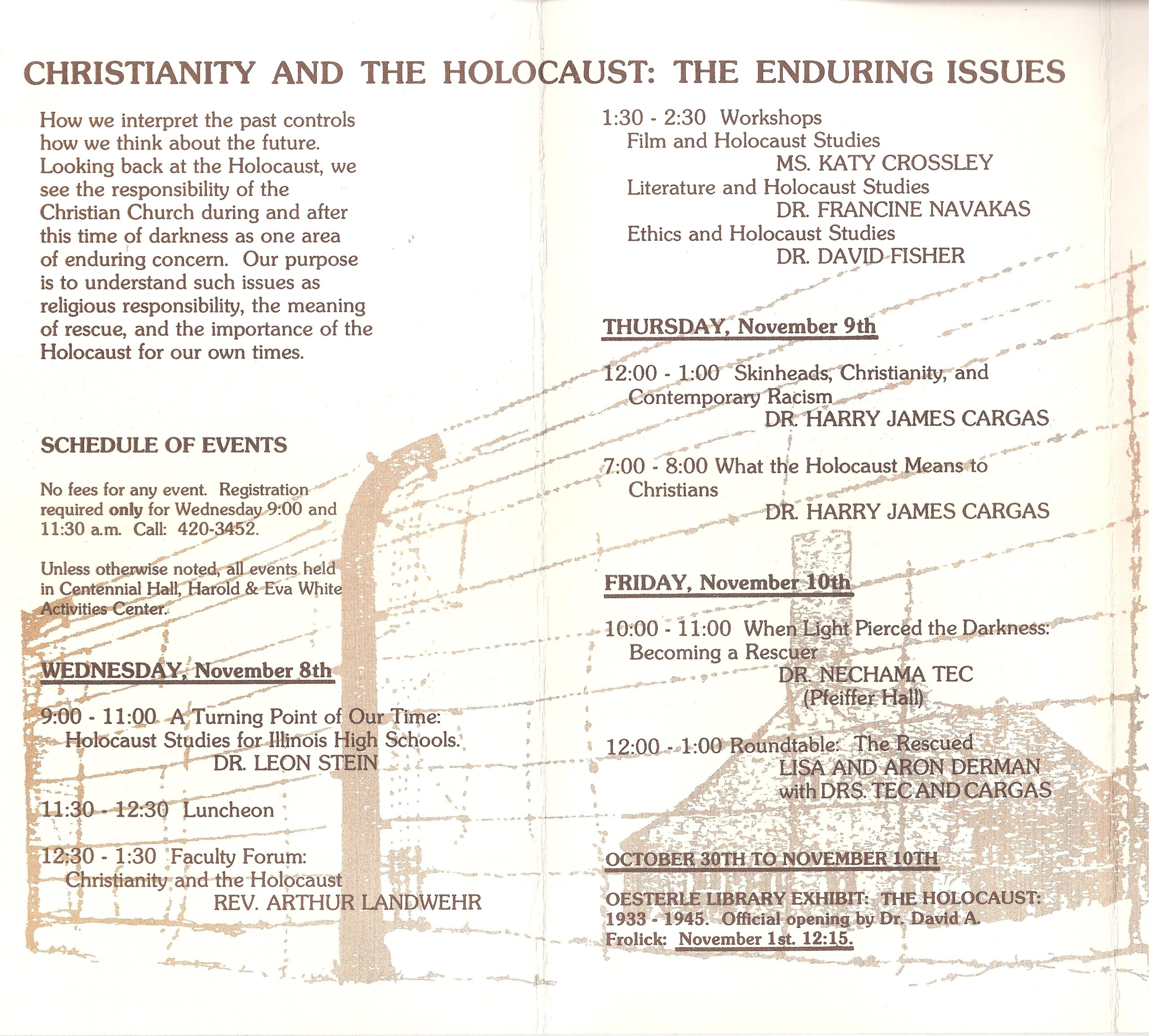 ♦  Go to my personal history of significant persons and conferences I helped bring to North Central College.

This entry was posted in Faith, Social Change and tagged Cultural Events at North Central College, Nechama Tec, The Holocaust, When Light Pierced the Darkness: Christian Rescue of Jews in Nazi-Occupied Poland. Bookmark the permalink.