Clarence Major: Whitman and the Roads That Lead Into Each Others’ Lives 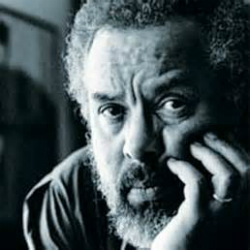 Clarence Major (b. 1936) was born in Atlanta, but grew up on the South Side where, he says, “…the writerly disposition that was then evolving was shaped by my life in Chicago.”  His wide-ranging styles—often praised for their mixtures of slang, history, avante garde experimentalism, vigor and gentleness—are rooted in the fact that while he remains firmly planted in Black culture and its South Side moods, Major has also shaped a truly international, cosmopolitan career and vision.  “Paris!  Why Paris?  Why did I—or any African American artist or writer—go to Paris?” he asks in a recent essay.  But he knows that, “Even before the end of slavery, free mulattos, some of them artists, were traveling to Paris…,” thereby establishing a tradition followed by hundreds of artists, dancers, musicians, and writers—including Beauford Delaney, Josephine Baker, James Baldwin, Richard Wright, and Major himself, whose 1985 book of poems Inside Diameter: The France Poems contains some of his most powerful work. 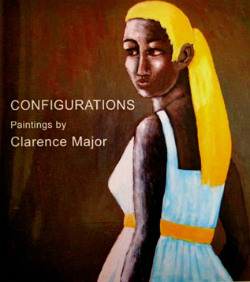 Among his many other books of poetry are Swallow the Lake (1970), Surfaces and Masks (1988), and the wonderful Syncopated Cakewalk (1974), from which the poems I included in my book Black Writing from Chicago come.  He has also published books of short stories, novels, and a dictionary, the 1994 Juba to Jive: A Dictionary of African-American Slang, and is also a noted painter, photographer, editor and essayist.  In Black Writing from Chicago I also included his essay “Discovering Walt Whitman” from Necessary Distance.  It is a wonderful counterpart to June Jordan’s 1981 “For the Sake of People’s Poetry: Walt Whitman and the Rest of Us,” where she calls Whitman “the one white father who shares the systemic disadvantages of his heterogeneous offspring….” 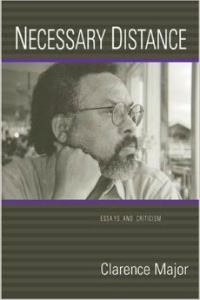 Major first discovered Whitman at 17 by himself because, he says, “Whitman was too revolutionary for South Side high schools.”  He remembers, “sitting on the floor in the library on an Air Force base in Cheyenne, Wyoming, for two hours one day when it was below zero outside, reading and rereading Leaves. It kept coming back into my life.”  Later, when he was working on the Dictionary of Afro-American Slang, he discovered Whitman still guiding him and quotes Whitman’s words: “Language is not an abstract construction of the learned, or of dictionary-makers, but is something arising out of the work, needs, ties, joys, affections, tastes, of long generations of humanity, and has its basis broad and low, close to the ground”—which, Major notes, “was not the symbol of degradation.  It stood for all glory.”

Major values Whitman’s “openness, his emotional outbursts, his long lines measured against short lines, his healthy frankness in matters sexual and racial, his acceptance of his own body without the usual Puritan hang-ups, his natural understanding of who and what human beings are, what they amount to, living together in a society.”

One of the three Major poems I included in Black Writing from Chicago is—along with Carolyn Rodgers’ “Prodigal Objects”—one of my favorite moments in the entire book.  In  “Read the Signs,” Major speaks of the sky as “a long list of verbs” and the sea as “its table of contents”—wondrous images in themselves—but the poem ends:

Out of their cars,
people themselves are like bushes near water.
They drink it through their roots.
The background tension you feel
comes on because talking begins from fear.
These roads we use are actually dried-out rivers
that lead us into each other’s lives.

One realizes, then, that Clarence Major’s wide-ranging styles—his masterful mixtures of slang, avante garde, and more mentioned above—both carve out roads for different kinds of lives to enter each other, and also prove that they already have.  In this and many other ways, Major establishes himself as one of Whitman’s most important heirs.

♦ Go to a list of Black Writers on this site.

♦ Go to the Black Writing from Chicago page, where you can also BUY the book.

This entry was posted in Black Writers, Chicago Writing and tagged Black Writing from Chicago: In the World-Not of It?, Clarence Major, Walt Whitman. Bookmark the permalink.