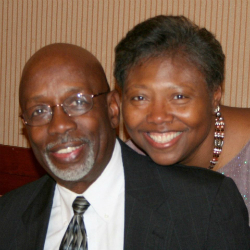 The song and video below is in memory of three friends: Nedra Groggins-Sage, Ahkkmand Sage, and Mike Feldmann.  About 10 years ago Nedra put together a band for Friendship United Methodist Church and hired Dan Guzman as lead guitarist.  Linda and I followed Daniel there to hear the music and just stayed.  I got to play lots of keyboard for this extraordinary group of musicians.

“Count Your Blessings” (below) shows us at one of our peaks.  It’s pretty good—especially considering that this is a first take, I had never played the song with them before, and our regular bassist, Leonard Jones, had his arm in a sling, so recording engineer Dan Ryan had to step in.  We talked maybe 2-3 minutes about what we should do, then Mr. Ryan turned on the mics, picked up a bass, and away we went, tearing through the story of old Job.

That story has caused countless thoughts on the nature of suffering, the role of God in it, and how we should respond to these mysteries.  I think of the band often, of all the turmoil and suffering of its members.  Maybe that’s why we rode the song so joyfully and brought to this first and only take such detailed, flowing music.  Mistakes, sure, but on the whole everyone worked so hand-in-glove.  My favorite part is the fade-out at the end where Daniel hits a beautiful bluesy note, and I respond with a blues vamp, an instant transformation of a similar one I’d been using throughout the song.  You had to have played years together for that to happen, and Daniel and I had.  It’s one of my most beautiful memories of playing with my boys. 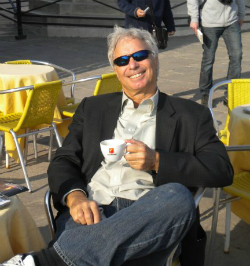 And now Nedra and husband Akkhmand are gone.  And Mike Feldmann, too.  He moved years ago, but in early July Daniel brought the shocking news that Mike, always so fit, had died suddenly earlier this year.  If anyone played perfectly on this song, it was Mike.  That’s him in your right speaker, with a delicate rhythm guitar that’s rock-solid on.  He was also the band’s gear head, and set Daniel up with his first great guitar, amps, and speakers.

The original video was done before I’d learned about Mike, so I re-did it, adding a memory page for him.  It started mainly as a tribute to Nedra, though she doesn’t take the lead vocal, but contributes the alto harmonies behind the voice of Theresa Huberty, who’s family actually toured with the famous Gaither Singers.   I guess that partially explains the soaring beauty of Theresa’s voice.  Because Nedra’s not in the lead, I saw this video as the band singing to her…and now to Mike, too.

♦ Hear more music on this site, especially Dan Guzman’s.
♦ Hear a sermon of mine, “Sacred Doing,” where you’ll also find links to other talks.