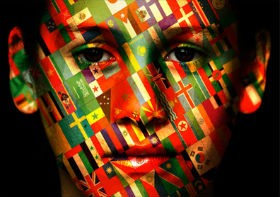 It leads to healthier, more productive neighborhoods, corporations, work groups, just about anything you can think of—social, biological, psychological.  Yet people tend to “stick to their own kind.”

Structural inequalities further encourage uniformity. Churches remain stubbornly un-diverse, keeping Sunday mornings still perhaps the most segregated time in America.  One of the hottest topics in education today is the RE-segregation of schools, so much so that it seems we have made little or no progress since Brown vs. Board in 1954.  Diversity works, but it takes work—first to recognize how un-diverse we are, then to encourage diversity in any way we can.  It is one of the major goals of this website.

♦ Go to the main list of resources under TEACHING DIVERSITY.

♦ Read DIVERSITY ESSAYS on this site:

♦ Read Graphic Inequality, about one of the structural issues—wealth distribution—that keeps us sticking “to our own kind.”

♦  Read about Emmanuel House, an organization that seeks to create more equality by helping lift the working poor out of poverty.  In 2016 it was named one of the “Top 100” most innovative social change organizations in the world.

♦ Read A Return to Plessy vs. Ferguson, about the re-segregation of schools.

♦ Look at essays on Black Writers and World Writers