Dogs and the Tug of Life 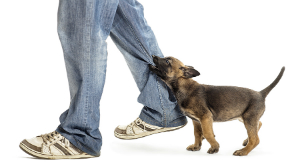 The chances of me ever owning a dog are slim to none, though not having one is one of my wife’s constant complaints.  “Everyone has a dog but me!”  She’s fond of the exaggeration, saying it in half—but only half—jest. I think it’s less of an exaggeration that if we did have one it would probably be me doing most of the dog walking, dog scooping, dog grooming, dog feeding.  Still, if anything would ever convince me to get a dog it would be something like Edward Hoagland’s essay “Dogs and the Tug of Life,” one of my all-time favorites, so much so that it’s worth quoting the entire first paragraph, a paragraph I read over and over, regularly, to remind me of what great prose is: rhythmic, deeply insightful, filled with an almost alchemical combination of empathy, pathos, and a realism bordering on cynicism.

“It used to be that you could tell just about how poor a family was by how many dogs they had. If they had one, they were probably doing all right. It was only American to keep a dog to represent the family’s interests in the intrigues of the back alley; not to have a dog at all would be like not acknowledging one’s poor relations. Two dogs meant that the couple were dog lovers, with growing children, but still might be members of the middle class. But if a citizen kept three, you could begin to suspect he didn’t own much else. Four or five irrefutably marked the household as poor folk, whose yard was also full of broken cars cannibalized for parts. The father worked not much, fancied himself a hunter; the mother’s teeth were black. An old bachelor living in a shack might possibly have more, but you knew that if one of them, chasing a moth, didn’t upset his oil lamp some night and burn him up, he’d fetch up in the poorhouse soon, with the dogs shot. Nobody got poor feeding a bunch of dogs, needless to say, because the more dogs a man had, the less he fed them. Foraging as a pack, they led an existence of their own, but served as evidence that life was awfully lonesome for him and getting out of hand. If a dog really becomes a man’s best friend his situation is desperate.”

It’s the ambiguity in that last pronoun—“his”—that fuels this essay.  Does the “his” refer to the man…or the dog?  Turns out it’s both, but especially the latter.  Before we get to that rather sad conclusion, however, we’re treated to typical Hoagland delights: loads of interesting facts and connections served up as casual strolls through fascinating neighborhoods, or deep woods marked with small, weird, sudden clearances.  “‘Dog’ is ‘God’ spelled backward—one might say, way backwards.”  The sentence seems to come out of nowhere, almost as a breather between stats of how many dogs and deer the U.S. holds, sketches of how wolf behavior always haunts dogs, and those famous Hoagland metaphors.  He refers to a dog having “an epistolary anal gland,” a phrase that’s made me delight in watching a dog as he sniffs along, reading ground smells like a neighborhood message board.  Stool, when sniffed, Hoagland informs us, “conveys how well the animal has been eating—in effect, its income bracket—although most dog foods are sorrily monotonous compared to the hundreds of tastes a wolf encounters, perhaps dozens within the carcass of a single moose.”

The range of those tastes is one thing dogs gave up when they became domesticated, but we both—humans and dogs—lost even more.  “In order to really enjoy a dog,” says Hoagland, “one doesn’t merely try to train him to be semihuman. The point of it is to open oneself to the possibility of becoming partly a dog.”  But that’s not the direction it’s going. Increasingly, everywhere we look there’s just more human, less nature.  We see this even in the “progress” of the animals we create.  Brer Rabbit, for example, is more rabbit-like than, say, the Bugs Bunny who follows; and the creatures, “the animals,” of Sesame Street or Broadway have lost almost all connection to real animals.  “The basic switch,” Hoagland writes, “has already been accomplished—from the ancient juxtaposition of people, animals, and dreams blending the two, to people and monsters that grow solely out of people by way of dreams.”

“Which leaves us in the suburbs, with dogs as a last link.”

I’ve said, in articles on three other Hoagland essays (“A Low Water Man,” “The Courage of Turtles,” and “Threshold and the Jolt of Pain“) that he’s obsessed with the theme of connection and disconnection.  “Dogs and the Tug of Life” ends with four sentences conveying, briefly, another ominous history of connection becoming a disconnect: “The first reason people kept a dog was to acquire an ally on the hunt, a friend at night. Then it was to maintain an avenue to animality, as our own nearness began to recede. But as we lose our awareness of all animals, dogs are becoming a bridge to nowhere. We can only pity their fate.”

♦  This article is part of a series on The Arts of the Essay.

This entry was posted in Writing and tagged Dogs and the Tug of Life, Edward Hoagland, The Arts of the Essay. Bookmark the permalink.