Everything Is Cool, Everything’s OK

It’s the Christmas season, but of course loss does not stop.  People lose their jobs, their health, their marriages.  They lose their lives or the lives of those they love.  This year I didn’t want to let a milestone anniversary go by without comment:  this will be the 15th year we spend Christmas without my son Bryan, who died on December 9, 2006, just days after his 21st birthday.

I think of him many times a day, first as a Dad who misses his son, and as a grandfather, knowing none of my grandkids ever met him and have missed out on all the love he would have showered on them. He’s also tied up intimately with my work on race and inequality issues, especially because his oldest brother Rick and his wife Desiree started Bryan House, which became Emmanuel House, then The Neighbor Project, touching first five families, then 30, and now thousands of people, and along the way being named one of the “100 Most Innovative” social change organizations in the world. Readers of this site know lots about these.

When I preach, Bryan usually comes up.  In a Baccalaureate Sermon I gave just six months after his death, I ended with my experience of sitting with his body for a long, long time at Northwestern Memorial Hospital, saying, in part:  “I understood well the physics, the

chemistry, the biology, the what of death before me, but I also still felt Bryan’s person, I still knew him and felt he knew me, and I still treasure every second of that time alone with him.  When I sank again and again into my deepest grief his soul said clearly to mine over and over, ‘Dad, this is OK. This is OK.’  But more than he and I, I also felt the presence—the person—of God there, caring for us two mere mortals, keeping us—despite the cold fact of death—connected to the universe as persons.  Bryan and I felt loved.”

Because he was a wonderful musician, when I watch his brother Daniel perform, or watch his brother Aaron conduct, or listen to most any kind of music, he’s there again.*  And what his soul said to mine—“Dad, this is OK. This is OK”—ties me closely to my second favorite Christmas song, John Prine’s “Everything Is Cool.”  The first lines are “Everything is cool, Everything’s OK. Why it was just before last Christmas, My baby went away.”  He was speaking of his wife, because, as he says introducing another song, “I got an unusual present for Christmas. I got a divorce.”  When I sing the song, I’m literally talking about my baby, because Bryan was the family’s youngest. 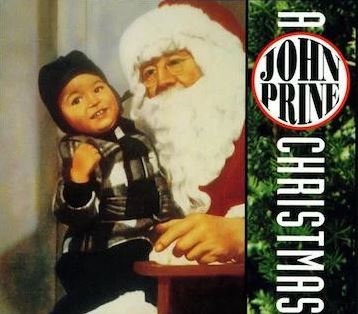 John Prine was one of the first celebrities we lost in the Covid pandemic.  His second verse to “Everything is Cool” is: “I was walking down the road just, Looking at my shoes, When God send me an angel, Just to chase away my blues.  I saw a hundred thousand black birds, Just flying through the sky.  They seemed to form a tear drop, From that black-haired angel’s eye. Well, the tear fell all around me, And washed my sins away, Now everything is cool, Everything’s OK.”  The version I like best is on his great Christmas album A John Prine Christmas, but click on the link above the picture below and watch another version.  It’s one of his most reflective.

My first favorite Christmas song?  “Have Yourself a Merry Little Christmas,” especially the lines: “Through the years we all will be together, If the fates allow.  Hang a shining star, Upon the highest bough”—or, sometimes, “Until then we’ll, Muddle through it all somehow.”  Of course, for us, with family spread from coast to coast, we’re rarely all together, which is one reason I cling to the song.  The shining star is the hope that we will be.  But until then….

Go Here for that reflective version on YouTube.  *And hear Bryan play and sing with Daniel on “But It Was” and other Hypnotist Collector tunes. 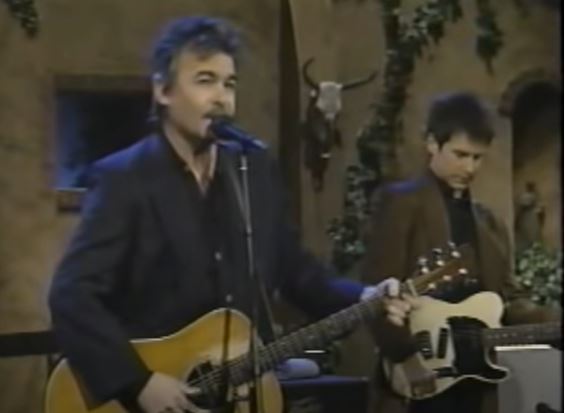