Below is a 3:30 minute VIDEO of this year’s fundraising gala for The Neighbor Project.  It was our first outdoor, casual gala, and so successful it might set the template for future galas.  It set a fundraising record, and probably a record for good times as well, especially with great food from Miriam Camacho’s Taco Maravilla, plus great music from Gerald McClendon, aka The Soulkeeper.  You’ll catch a glimpse of all of it below.

The highlight of it all, though, was the theme and the twist on it.  Called the Bridge Bash, the gala sought to increase The Neighbor Project’s bridges to the community, but more than that, it sought to flip the “hero script.”

Too often when you build bridges to try to help people, you cross them with the sense of rescuing them. You therefore tend to think of yourself as heroes of sorts.  You’re woke.  You’re a social justice warrior.  But wokeness and sjw’s have come in for some pretty hefty criticism lately, and rightfully so.  They’re today’s version of white saviorism, which itself is still playing big.  Helpers who think they’re heroes tend to come in and just take over.  They think it’s their right, and that they know best. 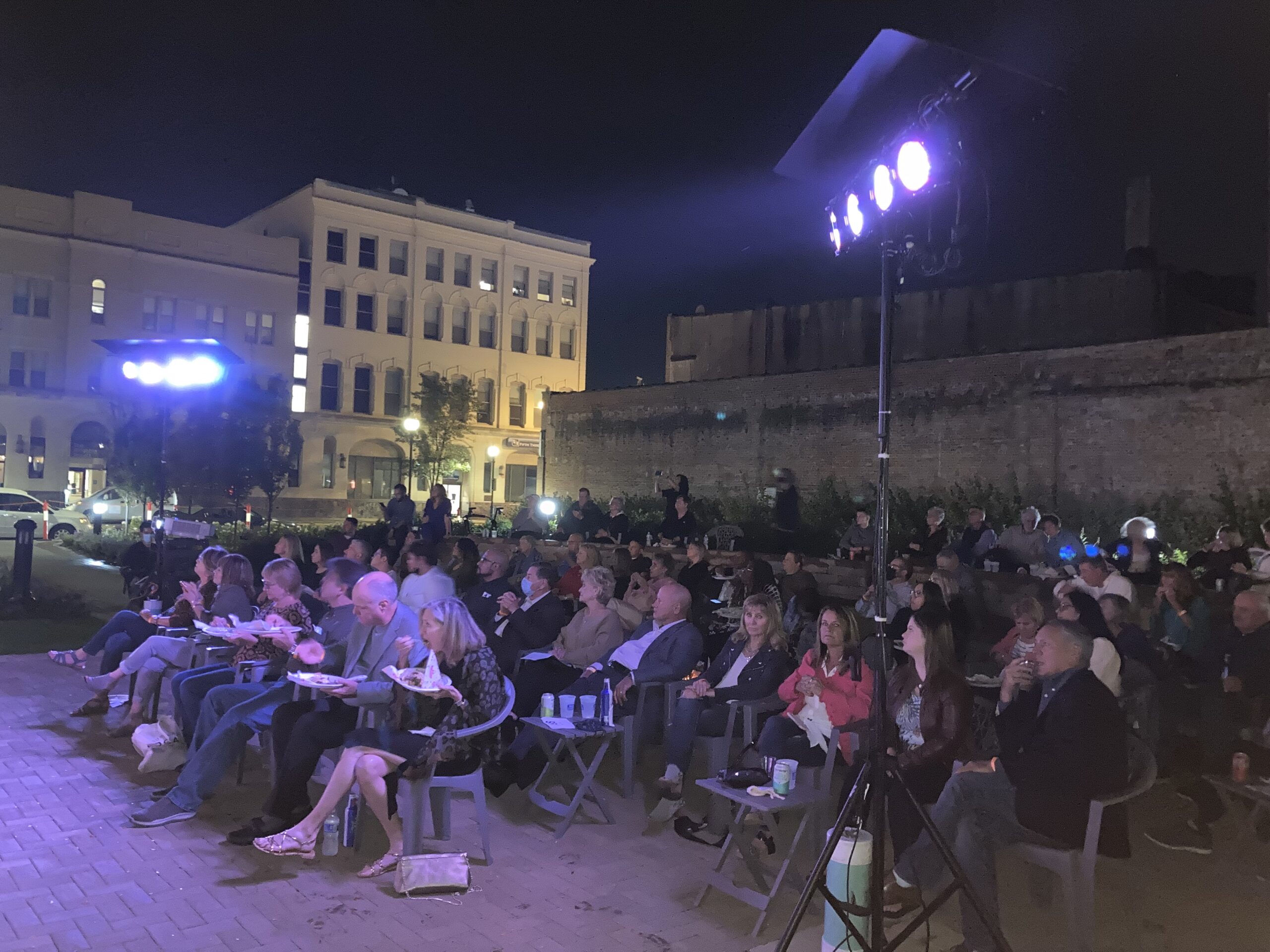 But the Video below features about 1:30 of executive director Rick Guzman’s talk, the part about flipping the script and making those we’re helping, not the helpers, the heroes of the story.  For one thing, seeing them as heroes acknowledges that they’re the ones who will finally turn around not just their own families but their own neighborhoods as well.  As much as The Neighbor Project and its supporters and donors do, the people in those neighborhoods can multiply the effects of donations and hard work much better.  They’re also better in touch with what their neighborhoods really need and what the people there can and want to accomplish.  That last thing, what people want to accomplish, is perhaps the most powerful thing of all.

This entry was posted in Social Change and tagged home ownership, The Neighbor Project, wealth gap. Bookmark the permalink.