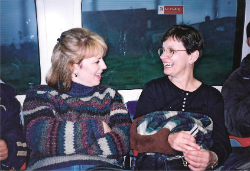 On the train from Heathrow to London.

On October 20th many years ago, Linda and I were married in Old Town Chelsea, London.  On October 23rd we picked up our closest friend, Deanna Petersohn, from Heathrow Airport to continue exploring England and France with. Early Friday morning, the day after Thanksgiving 2015, we lost her. 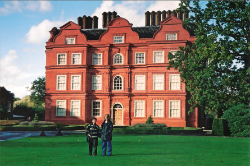 She was only 60 and died less than three months after she found out she had cancer.  She talked about our England-France globe trot all the time.  She put pictures of it all over her home and had a large, picture-frame serving tray packed with more England-France photos. 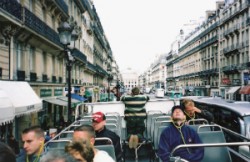 Taking pictures on a Paris bus. “Me in Paris. Who knew?” she kept saying.

Who knows how many others we have lost from those days?  In the Epilogue to my Remembering London series, there’s a picture of my youngest son, Bryan—now gone as well—with Peter Knowles, a friend from Vincent House, the crazed Notting Hill residential hotel I lived in while teaching in a study-abroad program based at Imperial College. 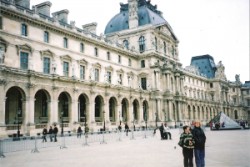 I know Peter no longer lives there.  Another episode of the series, “Fear the Urine,” tells of the passing of another Vincent House friend, Rochfort Young.  So this post is a kind of Epilogue to the Epilogue of my London series: mostly a few pictures from some of the happiest days of our lives. 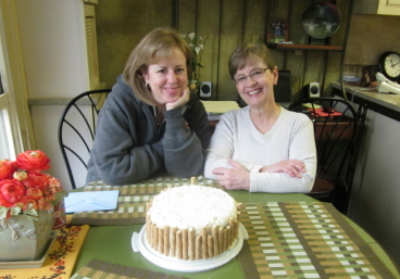 Deanna and Linda, the best of friends, back home.

Learn more about our friend:
♦  Video: Psalm 103 – Transience and Compassion
♦  What the Widow’s Mite Adds Up To

♦  Go to the Lead Post in my Remembering London series.