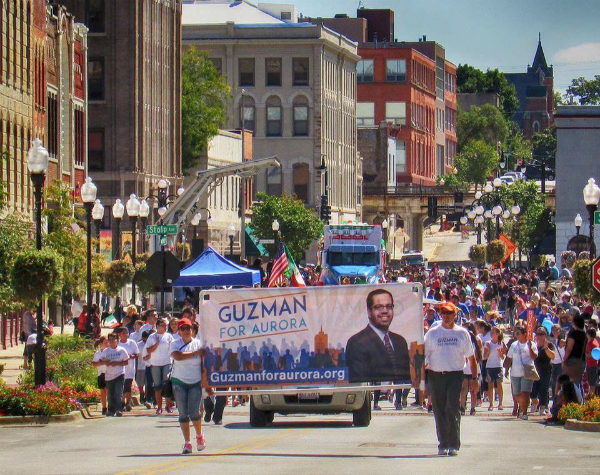 Fiestas patrias means “patriotic feasts” and refers to five of the seven national holidays of Mexico celebrating its nationhood: the Anniversary of the Constitution of 1917 (February 5), Benito Juárez’s Birthday (March 21), Labor Day (May 1), Independence Day (September 16), and the Anniversary of the Revolution of 1910 (November 20).  New Year’s and Christmas days are the other two holidays, and some people also consider Cinco de Mayo—celebrating the Mexican Republican victory over the French at the battle of Puebla in 1862—another of the fiestas patrias.  In the U.S. Cinco de Mayo has become perhaps more popular than the original five.

The September 16th celebration, the Dia de la Independencia shown in the Video below, also commemorates for some Father Miguel Hidalgo y Costilla’s “Grito de Dolores” (cry of Dolores).  In the early morning hours of September 16, 1810, at the village of Dolores near Guanajuato, Hidalgo called for the end of Spanish rule.  In some regions, the event has been celebrated for over 160 years.

Martin Luna started the youth group Simply Destinee in memory of his niece Destinee.  With the help of Liza Oliva, Destinee’s mother, they promote awareness, expression, and self-esteem for young people through many means, including the dancing they did in parade.  Guzman for Aurora thanks Simply Destinee for its support.

♦  Go the GUZMAN for AURORA website, and to the Lead Post on this site about Rick Guzman’s candidacy.

♦  Rick Guzman’s candidacy is about celebrating our togetherness, but also about creating more Life, more Growth, and more Safety for Aurora.  Go Here to find out how he led a project that turned a $500,000 city investment into a $35,000,000 development commitment, a 70-to-1 return on investment.