I have never been close to being homeless.  I’ve worked in homeless shelters for over 30 years, though, first at Hesed House in Aurora, and now for over 15 years coordinating my church’s homeless program at the Daybreak Shelter in Joliet, Illinois.  Why?

There are easy answers to this question, and harder ones.  On the easy side, it’s one of the ways I’ve found to carry out Jesus’ command to serve, especially the poor, and I’ve made many friends—some of them my closest—with those who have served at Daybreak with me.  Some have served there longer than I have.  I’ve made friends with the Daybreak staff, too, and also with some of the guests, though that’s always an ironic thing. You make friends with some you see over and over, yet the fact that you see them over and over often means they’re chronically homeless.  You wish they could move on.

In his seminal pamphlet The Servant as Leader—the essay that started the field of Servant Leadership studies—Robert Greenleaf remarks that those who undertake social change do so to heal themselves.  I’ve written about this before in “Grief and Social Change,” an article that includes a Video about one of my graduate students, who did her project in my Leadership for Social Change class motivated by her daughter’s tragic death.  When Rick and Desiree Guzman founded Emmanuel House, our family undertook its own journey to heal itself from the loss of its youngest member, Bryan Emmanuel Guzman.  Prompted by Greenleaf and many life experiences, I think about this connection between social change, social service, and grief and pain a lot. 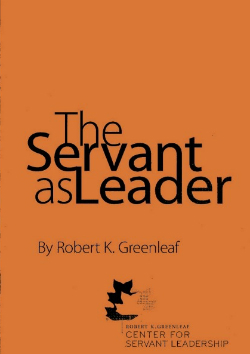 In his book Change the World, one of the best extensions of Greenleaf’s work, Robert Quinn asks us to consider what inner pain drives us towards or keeps us away from effective leadership and social change.  Strangely—because I’ve taught social change for 20 years—it’s been only three or four months since I realized what pain has driven me to homeless shelters for so long.  It’s been this life long pain of hardly ever feeling at home, anywhere.  It’s manifested itself in many ways, one of which has to do with my being Filipino, and I don’t mean being a minority in American culture, though that’s part of it.  I mean not feeling truly attached to my homeland.  Though I was born in the Philippines, I left when I was 11 months old and have never returned, and from the time we could understand anything, my parents always told us the Philippines was never a place you wanted to be.  When my Father’s mother died—I have no conscious memory of her, my grandmother—my Mother and Father fought over whether he would go back for his own mother’s funeral.  He didn’t go.

Among my Filipino friends I’m not completely at home either.  Though they love and respect me, I’m in a profession very different from them, and—most of all—I no longer speak my own dialect, Ilocano, and never did speak Tagalog, what most of them speak.  The day when I began losing my language is one of the most vivid memories in my life.  That day my father drives rashly up our driveway in Neosho, Missouri.  I hear the scattering gravel and his skidding, and remember how he came into the room, sat down at the dining room table, and, breathing heavily, called my mother, saying to her when she rushes in, “You will never speak to the children in our dialect again.”  From that time onward I heard fewer and fewer Ilocano words and phrases, though I remember them saying to Filipino friends about me, “No use speaking Ilocano. He understands what you’re saying.”  But as I heard it less land less, and spent more and more time with white friends in school, I understood less and less.  For many reasons, this loss of my native language has been a deep, isolating pain for me, a pain that doubles—at least—my detachment from my homeland.

That’s just one aspect of my hardly ever feeling at home, and I suppose it’s prompted at this moment because I’ve just moved into a new house where I’m not feeling at home yet.  I miss the old one, and the old neighborhood, so much I feel like I’ll never feel at home here.

I’m acutely aware, however, that I’m in a home, not at all homeless, so I don’t mean to suggest that the inner pain of hardly ever feeling at home is the same thing as actually being homeless.  I just know now that I’ve always felt very deeply a small part of what the homeless must feel.  I have felt “at home” with them, have felt a kind of healing that has kept me coming to shelters over and over to make whatever difference I can.

♦  The distinguished homeless advocate Diane Nilan started Daybreak Shelter.  Follow the link to see the considerable amount of material on her on this site.  Go HERE for a schedule of our service days at Daybreak Shelter.  Also, read a review of a movie about homelessness and public libraries, The Public.

♦ This article is part of a series on Greenleaf’s The Servant as Leader.  Go to the series’ Lead Post.