IZ (“Traces”): A Poem for the Uighurs 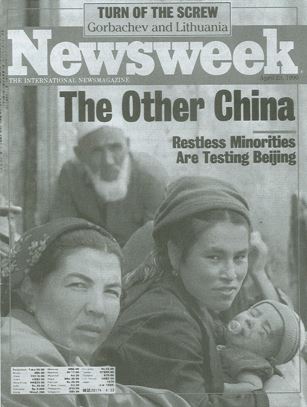 In 2006 I spent six weeks as a scholar/student at the University of Hawaii, Manoa, in a National Endowment for the Humanities seminar.  It was my second time at Manoa, my first being in 2001.  Linda visited for a couple of weeks then and cried on the way to the airport for our return flight. “Dirty work,” a common refrain there was, “but somebody has to do it.”

In 2006 my focus was on the Uighurs, predominantly Muslim, and China’s fifth largest recognized ethnic minority, comprising about .75% of the population.  All ethnicities are dwarfed by the Han Chinese, who comprise over 90%.  Still, in China, .75% is a lot of people: well over 10 million.  Most reside in the far northwest, in the Xinjiang Uygur Autonomous Region, which China took over in 1949 during what is often referred to in Chinese historiography as the “Peaceful Liberation of Xinjiang.”  A Chinese seminar colleague, now a distinguished professor of philosophy and law, quipped that the Uighurs were to China what the blacks were to the U.S., while the Han were like uptight whites—a playful comment about a situation that seems to be growing more terrifying each day. 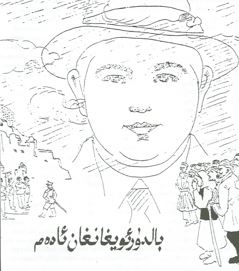 As China developed the region and encouraged more Han Chinese to move there, the word “peaceful” began to fit less and less as tensions between Han and Uighur intensified, simmering to just under war-like in the 2000’s.  Yet even the cover of Newsweek’s international edition for April 23, 1990, (upper left) shows the buildup was at least a decade earlier, if not many decades.  That cover was the third slide in my seminar presentation, which, before turning to Uighur culture, presented findings from just one-year-old sociological surveys.  Surprisingly, in 2005, when asked about the state of Uighur/Han relations (Good, Fair, Poor, or Bad), 39.5% of Uighurs thought they were Good, compared 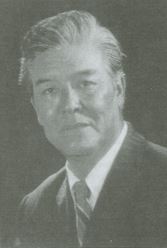 to only 18.6% of the Hans.  When asked whether they were proud to be a resident of Xinjiang, 91.3% of Uighurs were proud and only 1.7% ashamed, while for the Han only 70.2% felt pride, while 9.4% felt shame.  I highlighted other areas—income, religion, language, and whether respondents felt China was a “unified multinational state”—and the overall conclusion was: 1) Uygurs (the spelling most surveys used) manifest strong local and national identity; 2) There was deeply rooted mistrust between Uygur and Han; 3) The two groups express prejudices against each other; and 4) There was significant skepticism about effectiveness of government policies in maintaining healthy ethnic relations.

Turning to Uighur culture I found stories and poems indicating a deeply rooted sense of oppression and a mistrust of government, especially in the stories of Bogu Khan, Ephendi, and the “Grand Domesticator,” the arch enemy of the “Nomad.”  I’ll share some poems soon. 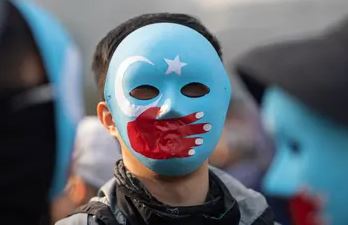 In a report titled “The Targeting of Uighur Muslims in China,” the education resources group Facing History and Ourselves reports that, “Since 2000, Uighurs have protested unfair treatment by the majority and multiple riots have broken out, including a riot in 2009 in which 200 people died. Claiming this violence was caused by separatist-fueled terrorist groups, the Chinese government has responded in recent years with widespread repression targeting the broader Uighur population. The government began implementing surveillance and policing tactics against the Uighur in 2016 that arguably has made Xinjiang “the most heavily monitored place on earth.” Uighurs are banned from fasting during Ramadan, naming their children with traditional Muslim names, and wearing “abnormal beards.”

And people have disappeared.  According to a November 2018 NPR report “Families Of The Disappeared: A Search For Loved Ones Held In China’s Xinjiang Region,” “…a Kazakh rights organization called Atazhurt, has collected more than 1,000 testimonies from ethnic Kazakhs and Uighurs whose families have disappeared into a network of internment camps across the border, a few hundred miles away in the Chinese region of Xinjiang. They’re among an estimated million people belonging to mostly Muslim ethnic minorities who have been detained.” 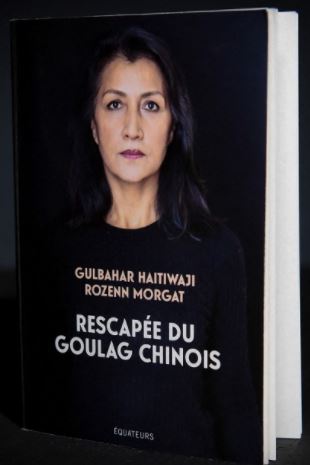 And now in 2021 there is a book by Gulbahar Haitiwaji, Rescapee du Goulag Chinois (Surviving the Chinese Gulag).  In January 2021 The Guardian published a long interview with her and about her book.  The title is “‘Our souls are dead’: how I survived a Chinese ‘re-education’ camp for Uighurs,” with the subhead being, “After 10 years living in France, I returned to China to sign some papers and I was locked up. For the next two years, I was systematically dehumanised, humiliated and brainwashed.”

Looking back 15 years, following all the links above and many more, anxious for the Uighurs and so many others facing so much oppression, I remember sharing two “Uighur” poems with my NEH colleagues.  Abdukhaliq writes:

The situation is grave,
We must liberate ourselves from exploitation.
Those who are weak,
Are those with the most enemies.
Illiteracy is the path of the weak.

And there is Abdurehim Otkur’s “IZ,” meaning “Traces.”

If the sand blows hard,
Even if the dunes shift,
They will scarcely bury our trace.
From the route of the ceaseless caravan,
Although the horses grow terribly thin,
Our grandchildren, our great grandchildren
Will most assuredly find
This trace one day,
Without question.

This entry was posted in Social Change and tagged "Targeting Uighur Muslims", Chinese "Re-Education Camps for Uighurs". Families of the Disappeared in Xinjiang, Gulbahar Haitiwaji, Uighers. Bookmark the permalink.