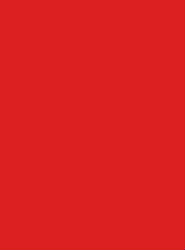 No pictures exist of Mary E. Mann or “J.W.M. (Colored),” the person who wrote on her behalf.

I wanted desperately to start my book Black Writing from Chicago: In the World, Not of It? with something from John Baptiste Pointe Du Sable, the black man famed for being Chicago’s founder—that is, the first, permanent, non-Native American settler.  I remember saying to librarians at Chicago’s wonderful Newberry Library that I would take anything: a scrap of the tiniest note, even a bill of sale.  I could find nothing, not entirely surprising since Du Sable’s birth year, birth place, and parents are unknown.  Was he French-Canadian? Was he born in Hispaniola or Haiti?

Then wandering through a book on education in Chicago, I ran across the name Mary E. Mann, and in a footnote to that name I found mention of a letter written to, and published in, the Chicago Tribune in 1861.  Searching through microfiche at the Harold Washington Library I made one of the best finds of the book (or of my entire research career!).  The letter was signed “J.W.M. (Colored)”—the parenthesis, in those days, being required to accompany the name of anyone who wasn’t white.  And the letter is a tiny masterpiece.  It is a far better beginning to Black Writing from Chicago than, say, a Du Sable bill of sale, no matter how historic that might have been.

Even less is known about the actual identity of J.W.M. (Colored), though it might be reasonable to suppose that the “M” suggests a relationship to Mary E. Mann.  The letter manages to range widely, using many of the major themes of black advocacy writing of the time, including the nobleness of the Africa and pride in the fact that the first person to die in America’s Revolutionary War was Crispus Attucks, a Black man.  The piece also ends with startling thoughts concerning miscegenation.  “I too,” writes J.W.M. (Colored), “am opposed to mingling the races.  Who are the abettors and controllers of amalgamation if not the slaveholders and the Northern bloodhounds?  Is it the African?  Ah, no.  Those gentlemen who preach so loudly against it, may be designated as its daily foes and its nightly abettors!”

The letter’s most immediate purpose, however, was to argue for Mary E. Mann’s admission to a Chicago high school.  Mann had graduated from Dearborn elementary school with the necessary marks but was originally denied admission because she was “of Negro birth.”  The controversy divided the Chicago school board, though Mann was eventually admitted, becoming the first black to attend an Illinois high school.  She graduated tenth in the Normal program which prepared girls for teaching in the city’s school but was not allowed to sit with her classmates on stage or march forward to receive her diploma.  She was appointed to a colored school that had opened June 15, 1863, and though the school was constantly troubled and closed after only 22 months, Mann’s pioneer status remains.

♦  Go a list of Black Writers on this site.

♦  Go to the Black Writing from Chicago main page, or the Teaching Diversity main page.

♦  Read my essay “Miscegenation and Me.”