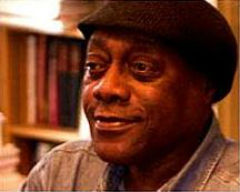 James Alan McPherson wrote “Junior and John Doe” for Gerald Early’s 1993 essay collection Lure and Loathing: Essays on Race, Identity, and the Ambivalence of Assimilation.  It’s a great essay in a great and important collection.  Twenty writers—on a spectrum from conservative (Glen Loury, for example) to liberal (Kristin Hunter Lattany)—all reflect on W.E.B. Dubois’ famous statement that the American Negro has been “gifted with a second sight,” “a double-consciousness,” “a sense of always looking at one’s self through the eyes of others.”  “An American, a Negro,” Dubois wrote, “two souls, two thoughts, two unreconciled strivings.”

McPherson’s essay contends that in the battle for assimilation American blacks have begun to lose that crucial two-ness of sight, a two-ness that allowed them to maintain an ironic stance towards American culture, a stance protecting their own sense of humanity and moral certainty won in their struggles to survive racism.  This waning irony has led them, says McPherson, to give up their ability to level a strong critique at American culture, a critique the culture desperately needs to curb its aberrant desires to maintain racist structures and chase material wealth instead of spiritual depth.  “As a substitute,” he writes, “we now compete with white Americans for more creature comforts,” choosing “product, which goes against the fundamental ends of life” over “process, which is on the side of life.”  Blacks have chosen to participate in “an increasingly sophisticated bureaucratic culture” full of shallow lies and “poor quality…manipulations.”  They have become not even your average, white “John Doe” but a smaller version of that, a “Junior” following around a retrograde “father”—hence the essay’s title: “Junior and John Doe.”

Next to the writings of James Baldwin, I believe this McPherson essay is one of the deepest looks at black culture in America and how White and Black could relate to each other in profound, transformative ways. If only they would.

“Traditionally, it has always been black Americans who call attention to the distance between asserted ideals and daily practices, because it is the black American population which best symbolizes the consequences of the nation’s contradictions,” he writes near the beginning of the piece.  “This unenviable position, or fate, has always provided black Americans with a minefield of ironies, a ‘knowingness,’ based on a painful intimacy with the cruel joke at the center of the problematic American identity.  At the core of this irony there used to reside the basic, if unspoken, understanding that identity in America is almost always a matter of improvisation, a matter of process; that most Americans are, because of this, confidence people; and that, given the provisional nature of American reality at almost any time, ‘black’ could be in reality ‘white,’ and ‘white’ could be in reality ‘black.’” 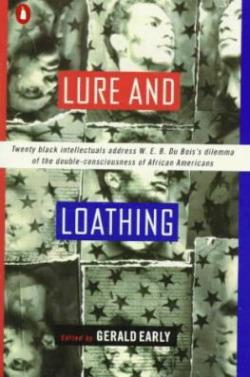 That’s how close the relationship could be.  A two-ness that’s close to being a one-ness.  But black culture’s ability to influence American culture towards greater humanity requires that it keep its own culture—its own inner “feeling tones”—nourished and intact.  For at the core of this culture is a moral certainty America as a whole needs, especially now in this time of an ethics based on fashion, self-interest, and greed.  “This [certainty] was our true wealth, our capital,” he writes.  “The portion of this legacy that fueled the civil rights movement was a belief that any dehumanization of another human being was wrong…Beneath it was the assumption that the experience of oppression had made us more human, and that this higher human awareness was about to project a vision of what a fully human life, one not restricted by color, should be.”

This didn’t happen, obviously—though perhaps it still could?—because blacks lost touch with that protective irony that kept white American culture at bay.  “It seems to me,” says McPherson, “that by the end of the 80’s black Americans had become a thoroughly ‘integrated’ group…at last no better than and no worse than anyone else.”  “Something humanly vital in them had been defeated, and they were involved in a constant process of self-improvisation,” BUT “an improvisation relying on the ‘tape’ provided by some external script” [my emphasis].  It was a white script, one that’s come to fruition today, enabled by the Trump Presidency, as a script desperately wanting to define a static, white identity for America, not one moving towards a fuller, more inclusive humanity, propelled by a creative, improvisational exchange between black and white.  That’s become less possible because the core vitality of that blackness has been given away by blacks themselves.  If McPherson were alive today, I can just see him saying, “See what you get when you, black people, give up aspiring for the deep humanity you fought for all through the Civil Rights Era, and now just aspire to be a plain John Doe?”

♦  My favorite short story collection is McPherson’s Elbow Room, winner of the 1978 Pulitzer Prize for Fiction. Here he illustrates—in wonderful, moving fiction—some of the ideas in “Junior and John Doe.”  I am fortunate to have counted James Alan McPherson as one of my acquaintances—even a friend, perhaps.  That relationship is briefly sketched in Part One of my 2004 piece “Miscegenation and Me.”