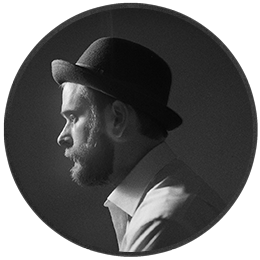 Some song writers have a knack for writing songs both clearly contemporary but also really old.  Their sound is new but anchored so deeply in some ancient American memory, it seems the songs could have existed 200 years ago.  Think of The Band, whose song “The Night They Drove Old Dixie Down” sounds like a Civil War folk song, except its hero’s story, Virgil Cane’s story, is borne along on electric guitars, organs, and classic rock drumming.  Or, again, The Band’s “The Weight,” where all the mechanics of modern rock come to the service of a story that seems indecipherably old, from a time shrouded in an ancient fog where you can just make out someone walking side by side with the devil.  Dylan, of course, whose greatest band was The Band.  Just as he was bringing them on he released John Wesley Harding, an album sounding, Paul Williams wrote, as if Dylan “came out of the oblivion of pop retirement, went south where it all began, and reinvented rock and roll as it might have sounded just days before Elvis made his first record.”  But listen to “All Along the Watchtower” and you’ll hear echoes of song that seem much, much older. 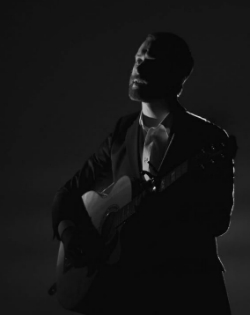 Of younger song writers Kevin Andrew Prchal has this knack, too.  On his first album, Eat Shirt and Tie, his “We Want Peace Not War” sounds like a song that could have been on a protest soundtrack against Vietnam, or a rallying cry for the Civil Rights movement.  On his second album, Sorrow Sings, “Everything Kills,” feels the same, but it protests everything—“every hand shake, every fist, every curse and every kiss, every bottle, every pill.  It don’t add up,” he sings, “but everything kills”—especially churches and creeds and crowns that lead to wars.  It’s like “Imagine” without the hopeful parts…and with a beat.  “Everything Kills” bounces along, ironically, with country rhythms and a pedal steel, but the wonder of Sorrow Sings are the slower folk numbers like “Rise and Dim,” and especially “Follow the Mountain.”  It almost becomes a chant—“Follow the mountain, follow the mountain home”—a song written in the age of GPS but leading us to a place and time before anything modern was discovered and the heart was probably easier to find.
_______________

A still from the video “Rise and Dim“

I may be biased.  I know Kevin, and he has been a great friend to our family and to Emmanuel House, an organization that has grown far beyond our family but did start there as a memorial to its youngest member, Bryan Emmanuel Guzman.  So check things out for yourself.  Visit Kevin’s website, watch the lovely video for “Rise and Dim” currently on its front page (or use the link in the picture caption to the left).  Listen to his other songs, too, and buy them.  You’ll see I’m not far off, if at all.  It’s wonderful music.

NOTE:  Kevin knew my youngest son Bryan only slightly, but when Bryan died he came to the wake.  Later he wrote: “He was a kind soul.  The kind that would tell you everything was going to be ok, and it would be.  The kind you could call at any drunken hour to pick you up, and he would do it.  The kind who would laugh at your joke even if it weren’t funny, who would ask about how your day was, and sincerely care to hear about it…He was a full moon on a blanket of starts, and he shined more than ever last December, the night of his wake.  The line outside of the funeral home is to this day one of the most incredible sights I’ve ever seen.”  Kevin came close to us that evening and has stayed close ever since, supporting Emmanuel House with so much of his time and talent.  Yet I’m sure that even if he hadn’t, I would have still been stopped in my tracks by his music and taken—as I have—many, many listens.

♦  Watch Kevin and Dan Guzman do Leonard Cohen’s Hallelujah—featuring a gorgeous guitar solo by Dan—and Kevin’s “We Want Peace Not War” in an impromptu concert at the Bryan House Garden Dedication.

♦  Watch Kevin and Wheeling Birds do “Make Me A Believer” at a TEDx event, then excerpts of this song and other Prchal favorites on the big stage at the 2016 Two Brother’s Summer Festival.

♦  Watch a video of “Hallelujah” performed in honor of Bryan by a band of all-star Chicago musicians organized by Kevin for an Emmanuel House benefit at the Metro.  It’s grainy and dark, but you’ll get the idea.