Me & Brother Ray – Part 2: The Genius Hits the Road

Posted on November 6, 2014 by Richard Guzman 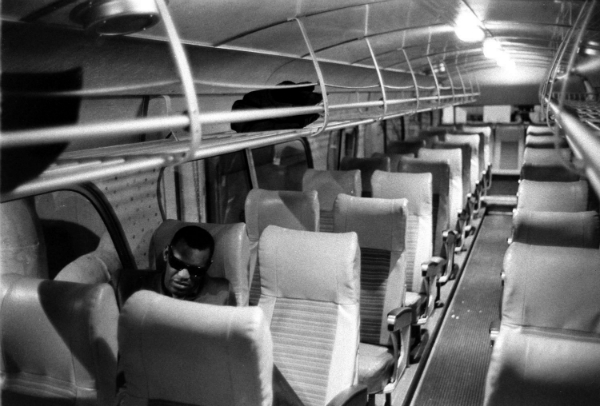 Below is Part 2 of the 5-part video/lecture series “Me & Brother Ray.”  Read the Part 1 post for a fuller explanation of the whole series.  Ray Charles was of enormous importance not only to American culture, but to me as well—which explains the series title a little.  He led me to my core concerns as a professor and also led me, as well as thousands of other minorities, to insights about our relationship to America.

This part focuses on The Genius Hits the Road, his first album for ABC Paramount, the company he went to after his ground-breaking work at Atlantic records.  You can read a full review of that album Here, but for now please take a look and listen to Part 2 below. The album contained the iconic “Georgia on My Mind,” and its other numbers—strange and unsatisfying as they were—combined with “Georgia” to announce Charles’ musical and cultural intentions, intentions which wouldn’t become clear for another 15 years.

♦  Go to the “Me & Brother Ray” Lead Post for links to all other episodes, and see the script for this episode.

♦  Go to the main Ray Charles post which lists All Things Ray on this site.

This entry was posted in Diversity & Multiculturalism, Music & Meaning and tagged "Georgia on My Mind", Me & Brother Ray, Ray Charles, The Genius Hits the Road. Bookmark the permalink.