Neil Tesser: Out of Season

With everything on hold this year, including baseball, I’m re-reading Neil Tesser’s piece “Out of Season” with greater than average nostalgia.  David Starkey and I put this piece in our 1999 book Smokestacks and Skyscrapers: An Anthology of Chicago Writing.  The Chicago White Sox’s old Comiskey Park, says Tesser, “…seems out of place with the dry snap of the frozen air…A ballpark has no place in winter.”  This year’s “off season” will probably extend into mid-summer at the very least, so that this year we’ll be saying that an empty ballpark seems out of place in summer.

What Tesser describes in “Out of Season” are the people behind the scenes, people for whom the winter off season is one of the busiest times of the year.  Take Roger Bossard, for instance, who joined the White Sox in 1967 working as an assistant to his father, Gene Bossard, and becoming the official head groundskeeper when his father retired in 1983. He’s famously known as the Sod Father.  Tesser describes the tricks Bossard uses to get the grass growing and greening for opening day.  “But perhaps the important step,” Tesser writes, “is the one Bossard doesn’t take, back when the old ball yard seems packed up and sealed for the fall. ‘The conventional wisdom is to cut the grass for the last time in mid-November,’ he explains. ‘But I don’t cut it then; I leave it a little longer. You see, during the winter, when the grass goes dormant, the top three-quarters of the plant goes brown. But because I’ve left it a little longer, when I then cut it in the spring, the green part is a little higher and consequently more visible.  It goes against the book on agronomy—but then the book on agronomy doesn’t need green on April 4th.’” “Out of Season” begins and ends with Brossard but in between there’s Tim Buzard (VP for Finance), Don Esposito (Purchasing), Paul Reis (Community Relations), Dan Fabian (Broadcast Coordinator), Chuck Bizzell (Minor League Administrator)—each with their own trials to work through.  “You can’t save a cent on baseballs,” Tesser says of one of Esposito’s major buying responsibilities.  “They’re available only from Rawlings, they’re all manufactured in Haiti, and they cost $38.50 per dozen…This is a shame, since the White Sox buy eighteen hundred dozen baseballs each year.”

“Out of Season” is a wonderful piece describing this rush towards Opening Day, a rush now perhaps slowed to a simpler brisk walk.

I need to end this baseball nostalgia with more about what Neil Tesser is most known for: being a jazz writer, who in 2015 received the Lifetime Achievement Award in Jazz Journalism from the Jazz Journalists Association. Though the Playboy Guide to Jazz (1998) was his first book, he had by then written and done broadcast commentaries on jazz for nearly 30 years.  His articles have appeared in the Chicago Daily News, USA Today, the New York Times Book Review, the Los Angeles Times, Rolling Stone, and 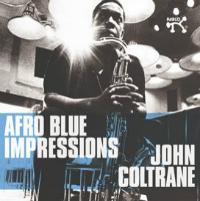 more.  He’s done radio shows for several Chicago stations and NPR, as well as scripts for NPR’s award-winning Jazz from Lincoln Center.  Perhaps most of all, though, he’s written the liner notes to over 350 jazz albums.  His liner notes for the five-disc Stan Getz-The Girl From Ipanema-The Bossa Nova Years was nominated for a Grammy in 1985, and he won the Grammy in 2014 for his liner notes to Concord’s remastered and expanded reissue of John Coltrane’s Afro-Blue Impressions, originally released as a double LP in 1977, though it was recorded live during a European tour in 1963. The music finds Coltrane in a period of transition.  Tesser writes that his music is “free of harmonic constraints, often thrilling in its harmonic sweep and its incantatory power, and refusing to conform to the clock. (The performance of a single tune could run 25 to 30 minutes.)…These tracks brim with the wonder and the power of discovery.”  During his acceptance speech Tesser said, “So many of us learned so much of what we first learned about music from well-written liner notes… and everybody who’s over the age of 35, there’s a couple of key phrases that they’ll never forget that they read on their first Duke Ellington album, their first Miles Davis album, that stuck in their mind forever. So when I say those hallowed words, ‘I’d like to thank the academy,’ it’s not just for this award. It’s for keeping this category in the Grammys all this time. So thank you for that.”

♦  Go to my history of jazz: Voices and Freedoms, and to a list of Chicago Writers on this site.