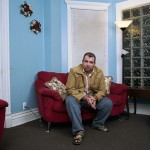 One of the great supporters of Bryan House and Emmanuel House has been the wonderful photographer and journalist Peter Hoffman.  From the earliest days of our family’s effort to deal with the loss of its youngest, Bryan Emmanuel Guzman (1985-2006), and Rick and Desiree Guzman’s efforts to establish a living memorial to him—an organization that would help break the cycle of poverty for refugees and the working poor—Peter has been there. 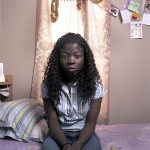 The small images throughout this post are examples of his work. Some larger images of these are Here at LPV Magazine. The largest collection of them were published in Guernica: A Magazine of Art and Politics.  See 32 larger images of Peter’s Guernica photos Here, though the site sometimes seems to have problems loading them.  Peter also did a major story published in the Beacon News (for Sun Times media) called “Brother Lost, Mission Found,” which we’ll post on this site in the future. 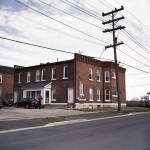 The first picture above is of Imaad Hasan.  You can read more about Imaad and his family in Stephanie Lulay’s story “With Liberty and Justice for All,” published for the 4th of July, 2011.  He was also featured on an NBC news story. 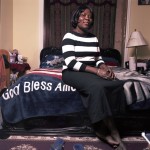 The work is amazing just on its own, of course, but means that much more to us because of its subject.  Thank you, Peter. Your talents have helped us immensely in helping refugees and working families and honoring Bryan.

♦  In 2016 Emmanuel House was named one of the “TOP 100 MOST INNOVATIVE” social change organizations in the world.