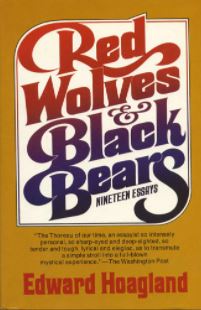 This is part of a series on The Arts of the Essay, and also continues the Earth Day theme of  “Thinking Globally, Acting Locally?”  The short review below was written for The Virginia Quarterly Review in the late 70’s (a copy of the VQR review template on which I wrote appears below).  Reading Red Wolves and Black Bears and writing this review perhaps began my fascination with one of America’s greatest essayists and naturalists, Edward Hoagland, whom I write a lot about in the Arts of the Essay series. ***

Edward Hoagland has been called the Thoreau of our time.  Like Thoreau’s writing, his often rambles, is allusive, is strewn with clumsy sentences (some deliberate, some not), and there is the occasional line like: “…the rhythm of walking is in the sights and one’s response as much as simply in how one steps.”  Hoagland is also an avid naturalist.  But while in Thoreau’s writing the past barely exists, Hoagland’s is shot through with nostalgia and with the jarring rub of past against present. 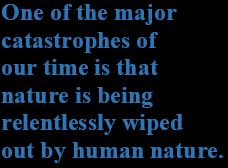 Hoagland sees in red wolves and black bears counterparts to the communal and solitary aspects of human nature.  But these animals are not part of human nature.  They are part of the dwindling natural world, and one of the major catastrophe’s of our time is that nature is being relentlessly wiped out by human nature.  Sesame Street‘s Big Bird, says Hoagland, is less bird-like than Bugs Bunny is rabbit-like, and even Bugs is less rabbit-like than either Br’er or Peter.  Thoreau found refreshing intensity, vibrant emotion, and comforting stability in the interplay of nature and human nature.  How do we find these things now?  In these nineteen fine essays—which range in subject from a naturalist’s wanderings and research, to writing, cartoon characters, sports, slavery, pets, divorce, and more—this is the major question.  Sometimes he finds answers, sometimes not. 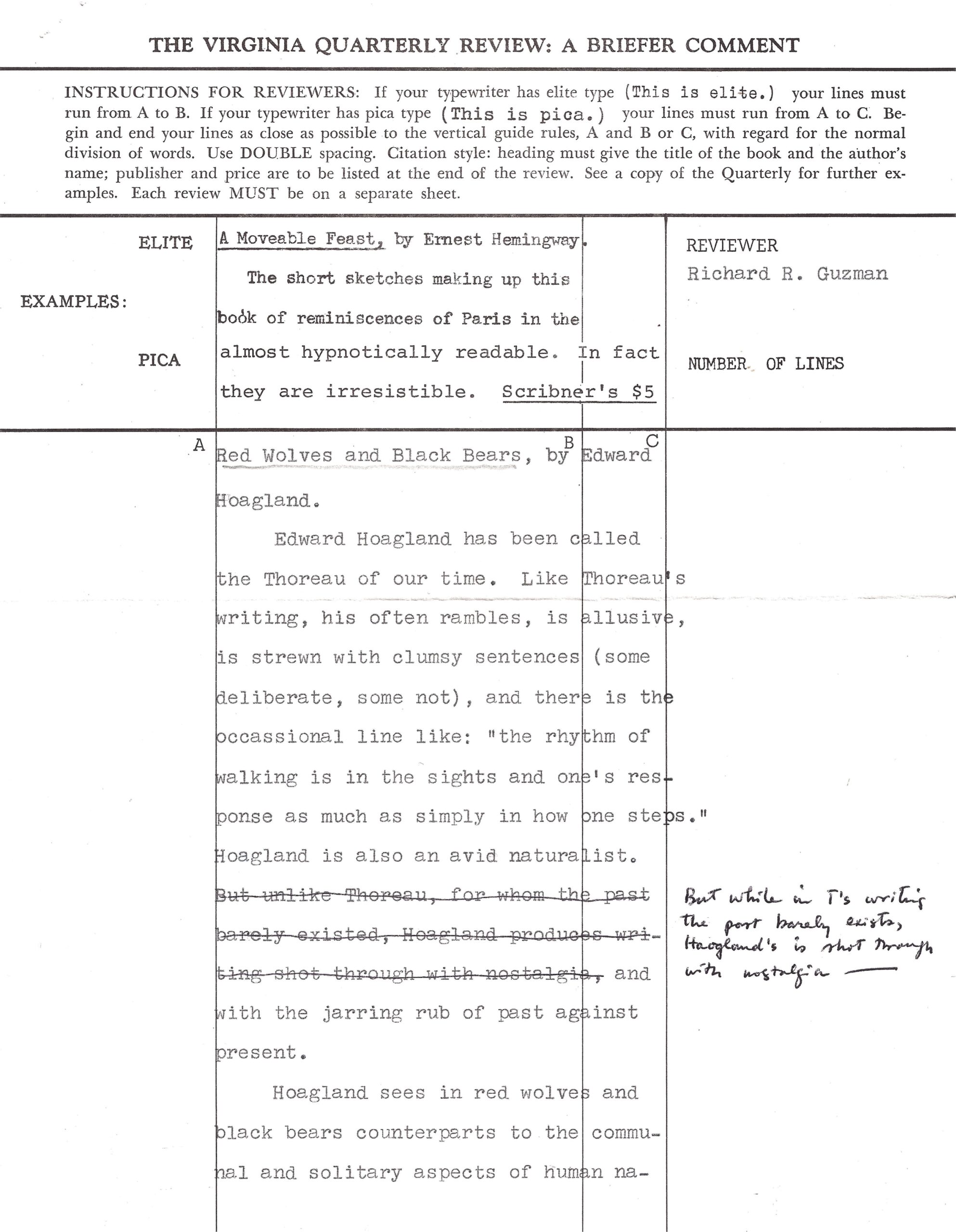 ***  See “A Low Water Man” and “Dogs and the Tug of Life,” two Hoagland essays from Red Wolves and Black Bears I’ve written about.  Also, go to this site’s list of Reviews.

This entry was posted in Writing and tagged Edward Hoagland, Red Wolves and Black Bears, The Arts of the Essay, The Virginia Quarterly Review. Bookmark the permalink.