The 1:45 VIDEO below is me introducing myself to a group of clergy and lay leaders of the United Methodist Church.  We’re working together on anti-racism.  Called CPRES (for “Clergy Peer Reflection and Engagement Series”), this group is launching a pilot program aimed at helping church leaders more effectively talk about race and, hopefully, lead their congregations and others in anti-racism efforts.  I made the video as an intro to a longer talk I’m giving at the initial session coming up soon this mid-September. 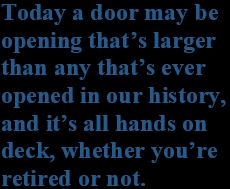 At the very beginning of the video I explain that I’m a “professor emeritus,” meaning I’ve retired from full time teaching—though I’ve taught 2 of the 5 terms I’ve supposed to have been retired.  After over 40 years in college teaching, I guess it’s a hard habit to break. The citation in the college’s 2018 commencement program spoke of me as “wildly resourceful,” with a lecture style “like jazz,” of me winning teaching and leadership awards, and creating “a vast array of programs that shaped virtually every facet of the campus community.”  You can read the whole thing Here if you’d like.  It’s beautiful.  It made retiring from full-time teaching worth it.  But retirement hasn’t been as peaceful as I’d imagined.  I know I’m saying this at a time when millions of Americans aren’t experiencing much peace either.  There’s the pandemic.  There’s the most current upheavals over racism, sparked by yet another, and another, and another, and another killing or maiming of a black person.

I was asked to tell the CPRES group why it was important for me to be with them.  The answer is much the same as I’d give for continuing to go back and teach a class here, a class there: it’s a hard habit to break.  As a man of color, I’ve had to deal with issues of race all my life, even as a kid.  And today it’s got to be all hands on deck, whether you’re retired or not.  Though many of us have been writing and speaking about systemic racism for decades, all the individual killings and maimings have led to what may be a critical mass of people suspecting there really is something going on deep down: a system that keeps racism going and going.  Beyond the horrendous violence of individuals being killed and maimed, there’s a broader, every day violence—and violence it IS—that places blacks and other people of color in positions of living in the poorer neighborhoods, enduring a flood of “smaller” indignities every day, of having less access to quality education, quality internet, even quality food, or access to good jobs, or healthcare, or—well the list goes on a long, long time.  It applies even to voting rights.  In virtually every aspect of life, systemic racism keeps people of color down.  Though there’s been some monumental legislation passed since Emancipation, it seems that only a little everyday progress has actually been made since then.  Like in the list I just gave above.  And here’s another one: actually being able to retire.  The title of this post alludes to it: yes, there’s a big retirement and race gap, something I’ll address soon. 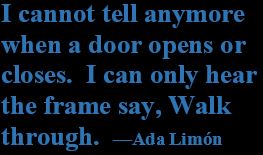 But today a door may be opening that’s larger than any that’s ever opened in our history, including the Civil Rights movement. Who knows?  In “Walmart, Pence, and Politics as Usual,” I noted the rise of a new fervency, but also that so far little concrete policy for change has emerged.  As one reporter noted, even in Minnesota, where the murder of George Floyd started it all, partisan politics has ruled the day, blocking any concrete reforms—even on police using choke holds.  Despite all of today’s passion for reform, we have to think long haul.  I’ve been writing a lot these days that IF we work really hard, perhaps in the next 40 to 100 years we’ll see a less racist U.S.  IF.  That’s another reason I’m glad to be working with CPRES, glad my friend Amania Drane has dragged me into this and other initiatives, even though it makes retirement less retiring.  If the pilot succeeds, then every church leader in the Northern Illinois Conference of the United Methodist Church might be able to learn how to be anti-racist and help others be the same.  That’s an exciting prospect, because that’s a lot of people, but that’s still a long ways off.

Will the drive towards being a more just, equitable, diverse, and inclusive society continue for the long haul?  Hard to tell.  One night recently, I came across some poems from Ada Limón, and this line struck me hard:  “I cannot tell anymore when a door opens or closes, I can only hear the frame say, Walk through.”