Posted on September 7, 2013 by Richard Guzman 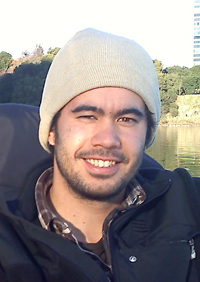 “You know the new album, fully mixed, with a real drummer, will be done in a month,” Dan said to me, but I couldn’t wait.  Consider this song a teaser: the rough cut of “Smile.”  Some images for the accompanying video give a nod to Charlie Chaplin and Nat Cole, two associated with another song called “Smile.”  Consider Dan’s song a modern day, stripped down, party version of the old standard, which assures Charlie & Nat that smiling won’t hurt you—something the two were often ambivalent about.  Aren’t we all sometimes?  The new song comes from Dan and John Martishius, the two of them comprising the group Warm Orange.  Use headphones or plug into speakers for the full effect, and watch for Warm Orange’s new album, out soon.

♦  Go here to listen to more of Dan Guzman’s music on this site.  You can also watch it on our YouTube channel.