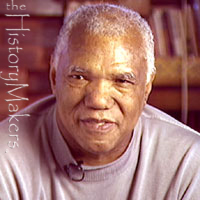 Born in rural Mississippi in 1940, Sterling Plumpp has for thirty years taught at the University of Illinois, Chicago, and produced a body of poetry giving him considerable claim to be one of the country’s most distinguished blues-jazz poets. Somber inflections from his Mississippi origins combine with a rougher, more boisterous Chicago voice to create a style that sets him apart from poets like Langston Hughes and Michael Harper, who have also written many jazz-blues poems. Plumpp’s lines alternate between hip jumpiness and gorgeous, ghostly, elegiac reflection. When I put my book Black Writing from Chicago together, I chose the poem “#13” from his haunting collection Blues Narratives (1999), which centers on his mother’s death, and through that death, ironically, the Black will to survive:

(It is your responsibility
to carry it)

it to me hours before
you are gone

And looking at his mother before the viewing, the poet says:

…the morgue
cosmetician thinks
you are going
to a party

I also used two parts of the poem “Be-Bop” from his book The Horn Man (1995), based on the life and music of legendary Chicago saxophonist Von Freeman, whom Plumpp calls “Von. / A / Free / man…,” thus making him a symbol of various modes and energies of freedom. When Freeman died in August 2012, I posted a short note, “Sterling Plumpp Salutes Von Freeman,” quoting some lines from “Be-Bop.” You may go to the full post Here, but these lines and a few more—typically gorgeous—deserve re-posting here.

Be-Bop is precise clumsiness.
Awkward lyricism
under a feather’s control.
A world in a crack.
Seen by ears.
Von Freeman’s
tenor Apocalypses /beginning
skies fussy about air and protective
of trombones on Jacob’s Ladder…

Harmonic nightmares obeying
pianissimos of tones…
style punching music
with garlic in temp
Billie’s pain
and a cup of insinuations
drunk by laughter
before tears arise. 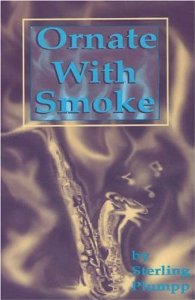 Among Sterling Plumpp’s other books are Black Rituals (1972), a prose work dealing with psychological oppression in the black community, and many books of poetry, including, Clinton (1976, winner of an Illinois Arts Council Literary Award), The Mojo Hands Call, I Must Go (1982, winner of the Sandburg Poetry Prize), Blues: The Story Always Untold (1989), and Ornate with Smoke (1997). Also in the post “Sterling Plumpp Salutes Von Freeman,” I quoted Plumpp saying that his poems trace “the survival lines of my people in the many ways they did things.” His music poems illustrate what Ralph Ellison one said about the blues: that they were “one of the techniques through which Negroes have survived and kept their courage during the long period when many whites assumed, and some still assume, they were afraid.”

♦  Go to a list of black writers on this site.