The Doctrine of Discovery 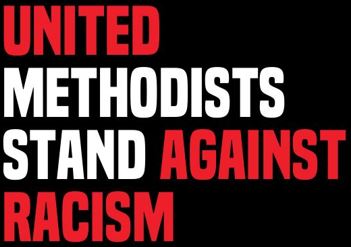 Only United Methodists with a deep education in the church’s history know its full racist background.

As a consultant for racial justice and equity initiatives of the United Methodist Church’s Northern Illinois Conference, I have had many occasions to both applaud the UMC’s anti-racist efforts as well as highlight the church’s racist past.  John Wesley finally came out strongly against slavery and racism, but he didn’t start that way.  He had to grow into that stance.  And when Richard Allen and Absalom Jones founded the historic African Methodist Episcopal church in Philadelphia in 1787, it was because they had left the hugely racist practices of the St. George’s Methodist Episcopal Church.*  As the caption to the graphic at left says, “Only United Methodists with a deep education in the church’s history know its full racist background.”  The Christian church contributed to racism centuries before the split that led to the AME’s 1787 founding, however.  It could be said to have laid the foundations of modern racism in the late 1400’s, if not earlier.

The VIDEO below shows a few minutes of Mark Charles’ 2017 speech at Calvin College titled “Race, Trauma, and the Doctrine of Discovery.”  In it he explains the Doctrine of Discovery and its effect on U.S. history and contemporary life.** The collection of Papal Bulls written in the late 1400’s legitimized the West’s conquest and enslavement of peoples of color all 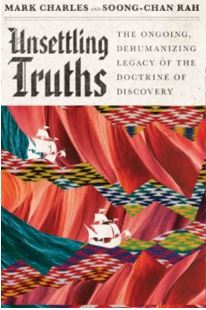 over the globe. It established the view that in the eyes of God, these people were not fully human and could therefore be subjugated and stolen from with impunity.  In fact, it was the duty of “true Christians” to do so.  As Charles says, the Doctrine of Discovery is a systemically racist doctrine, but even if you’ve heard it many times before, it’s always a little shocking to hear that because the United States has absorbed that Doctrine so deeply into its soul its founding documents—the Declaration of Independence, the Constitution itself—are also systemically racist.  They exist primarily, says Charles, to protect the rights of white, land-owning men.  “We act surprised that women earn 70 cents on the dollar less than men. We shouldn’t be. The Constitution is working. We act surprised that our prisons are filled with people of color. We shouldn’t be. The Constitution is working.”

These are fighting words, words which probably close off dialogue between those fighting for racial justice and equity and those who are more conservative and worship those founding documents.  Is there a way to both say tough things unsparingly and to keep channels of communication open between those who disagree about the extent of racism in the U.S.?  There are some—and some days it seems their number is growing fast, not shrinking slowly—who believe there’s no racism at all, who believe that the switch from the word “equality” to the word “equity” is abhorrent because it declares war on whites. Keeping dialogue open is one of the big challenges of the day, one we try to solve in the Becoming the Beloved Community workshop I am beginning to present at churches around the Northern Illinois Conference.  One of our best chances is to separate as much as we can the individual from the systemic.  At the workshop we don’t allow anyone to call anyone else racist, for example, because that probably starts a personal fight when we should be focusing on the systems that sustain and grow racism rather than on individuals whose personal stances we might disagree with.  A thousand individual racists, or even a million, don’t keep racism going. Underlying systems do, and those systems were legitimized and nourished centuries ago in the West by the Doctrine of Discovery.

* See Lennox Iton’s sermon “Our Abraham Moment?” for a beautifully concise and powerful summary of racism in the Methodist Church and John Wesley’s growth into an anti-racism stance.  His dive into Methodist History begins around 5:45 into his sermon.
** In the full video Mark Charles explores the idea that the trauma of racism contributes to us being unable to speak about race productively, or at all.

♦ Go to the LEAD POST for the Becoming the Beloved Community workshop.  It’s titled “Does It Matter If I’m a Racist?” and contains a full list of series articles.