Readers of this site know its focus on Black, World, and Chicago writing, as well as on issues of inequality and poverty, the wealth gap, imperialism and colonialism, race and racism, and the like.  My courses carry a contemporary or modern focus, mostly.  So it may come as a surprise that I’m preparing a course for the Spring 2020 semester on the so-called “Long 18th Century.”  There the West’s colonial and imperial age—attended by slavery and racism—began in earnest, dominating the globe by the early 1800’s.  My early published writings were on India (in particular the Indian writer Raja Rao), and the mid-1700’s saw the British Raj begin.  Along with questions about the humanity of slaves, especially slaves of color, this age also saw the rise of “The Woman Question,” about the humanity of women.  Modern capitalism also bloomed, as it were.  The Industrial Revolution began, leading to the West’s peculiar kind of richness and materialism, which created, in large part, the inequalities and environmental degradation plaguing the planet today. 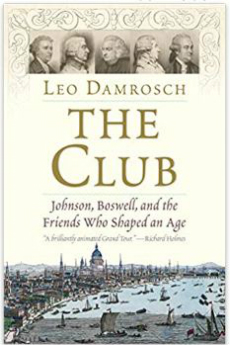 In literature, Enlightenment writing, a feature of its earlier stages, contended with the Romantic movement towards its end: reason vs. emotion, to put it too simply.  The novel and other modern forms began, and women wrote some of the classics of the age: Mary Shelley wrote Frankenstein and her mother, Mary Wollstonecraft, A Vindication of the Rights of Women, and perhaps the most popular and admired writer was Ann Radcliffe. Politically, monarchies and courtly society were giving way to modern democratic movements: the American and French revolutions being the spectacular examples—but it was happening all over the globe, East as well as West.  Science and technology made enormous strides:  Isaac Newton’s formulations, James Watt’s steam engines.  And all of this impacted religious life and thought in world-changing ways.  The “Long” part of the “Long 18th Century” comes from historians who extend the 1700’s backwards and forwards to better encompass closely related world events, though the dates are still a moving target, some starting in 1688 with the English “Glorious Revolution” and ending in 1815 with Napoleon’s defeat at Waterloo.  I start a little earlier, with Charles Stuart’s return to England in 1660 and go to 1821, just before Napoleon’s death.  Some ages are called “axial,” where the world pivots, turns on an axis and almost begins again.  It’s usually applied to the period of the 8th to 3rd centuries BCE, but the Long 18th Century rivals that stretch in pivot points.

On a personal level, the Long 18th Century contained one of my favorite writers, Samuel Johnson, my favorite painting of whom begins this post. His sayings have a power that reach out to us undiminished today, as in the meme and song lyrics pictured here.  And in preparing this course, I’ve just finished an excellent book by Leo Damrosch, my favorite professor during my PhD studies at the University of Virginia.  I marveled every class session at the way he instigated lively discussion, then almost always said, “Let me talk for a while,” and proceeded to gather our disparate threads of thought into a focused, deep dive into whatever we were talking about.  I wondered if I could ever be that good, and a few times I have been—I hope.  His book The Club: Johnson, Boswell, and the Friends Who Shaped an Age has been my touchstone as I’ve prepared.

The Club met at The Turk’s Head Tavern in London.  England’s greatest portrait painter, Sir Joshua Reynolds, partly to cheer his friend Samuel Johnson, suggested in 1763—long before he was a Sir—a gathering of select friends of theirs for eating, drinking, and lively talk.  It still meets today.  A list of its early members presents an astonishing cast.  It revolved around Johnson, one of the world’s greatest essayists and lexicographers, and his biographer James Boswell, whose Life of Johnson sets standards yet today.  Besides the soon to be great Joshua Reynolds, it also included Adam Smith—whose The Wealth of Nations established modern economic thought; Edward Gibbon—whose Decline and Fall of the Roman Empire has defined much of what is great in historical research and writing; David Garrick—whose acting and directing definitely set the modern course for those endeavors; and Edmund Burke and Richard Sheridan, two of the greatest political orators of all time.  In 1830 no less than Frederick Douglass, then just 12 years old, was reading “one of Sheridan’s mighty speeches,” this one in favor of Catholic emancipation in Ireland.  “What I got from Sheridan,” Douglass later recalled, “was  a bold denunciation of slavery and a powerful vindication of human rights.”  Lamentably, but in keeping with the age, no women were allowed, but many more male members made history.  This short list gives a sense of this axial age, an age which laid the foundations of much of the literature and issues I have pursued over my long career.

♦  Go to my TEACHING page to see the syllabus for this course, available soon.

This entry was posted in Social Change, Writing and tagged Leo Damrosh, Samuel Johnson, The Club, The Long 18th Century. Bookmark the permalink.