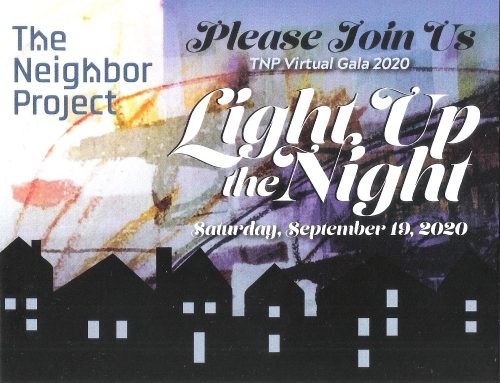 This talk is so important you can watch just Rick’s talk HERE now, or go back to it after you’ve watched the gala excerpt below.  His talk occurs at the 10:26 mark of these highlights and is followed by a beautiful video called “Khai’s Story.”

What you won’t see is enough of is Cheryl and Peter’s wonderful hosting job, part of which was to raise money for The Neighbor Project.

BUT YOU CAN STILL DONATE !!!

Go to The Neighbor Project website and click on the conspicuous Donate button.  As Rick Guzman has said many times, The Neighbor Project doesn’t do things for people, it does things with people, not just the many families and individuals it serves, but all people who come along side to donate and volunteer. 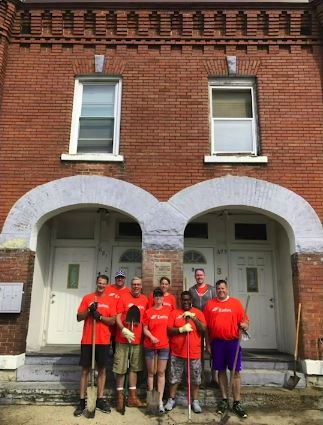 This has included the many volunteers from Exelon Generation.  They’re pictured at left working at Bryan House, where much of The Neighbor Project started.  Rick and Desiree Guzman founded it in 2007 as a living memorial to the youngest member of our family, Bryan Emmanuel Guzman, whom we lost shortly after his 21st birthday.  It served five families, helping them gain financial and social stability through home ownership.  When it grew to become Emmanuel House, it served 25. With the merger of Emmanuel House and long-time partner The Joseph Corporation, The Neighbor Project came into being, and the number served, especially if you count those who have already come to the Financial Empowerment Center, has jumped to well over a thousand, with thousands more not a too-distant prospect.

But to return to Exelon Generation.  For the sake of time, what you won’t see at all on the VIDEO below is Rick presenting a special award recognizing the scores of volunteers and the tens of thousands of dollars Exelon has invested in The Neighbor Project.  For only the second time ever, Rick presented a Co-Founder’s award.  Brad Fewell, pictured at left, accepted it for Exelon Generation.  He’s Senior Vice President and Regulatory and General Counsel for the organization.  “I don’t know if we’d even exist without you,” Rick said, just before bestowing the award.

You can see the giving of this award, Fewell’s response, and the naming of so many other sponsors, by watching the full gala telecast.  Go to The Neighbor Project website and click on the Watch the Recording button just under the “Light Up the Night” banner.  Along with Exelon Generation’s outstanding, long-term commitment, so many other’s have sponsored 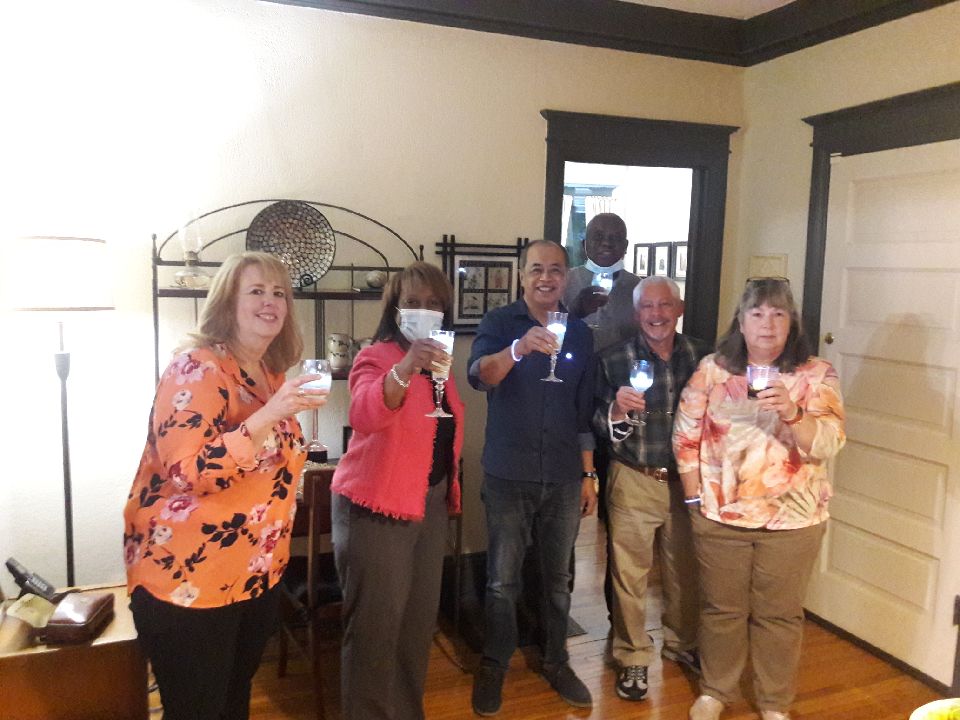 The Neighbor Project and its events, including the 2020 gala.  To name just a very few: BMO Harris, Old Second, and 1st Midwest banks, Johnson & Johnson, Thrivent Financial, Waubonsee Community College, plus Aurora’s Mayor and all 12 of its City Council members.  There are many more, and watching the full gala you’ll hear the names of individual donors, and even those who held parties to watch the gala.  Even my little group, pictured at left, got a shout out: “Dr. Richard Guzman and his JEDI friends at church!” Cheryl said.  JEDI stands for Justice, Equity, Diversity, Inclusion.  It’s a ministry at my church trying to make a small difference.  The roots of The Neighbor Project were small, too, and now it’s so much bigger, with an even bigger vision to empower people—people often marginalized by society—to help lead our nation out of the huge inequities we’re confronted with today.