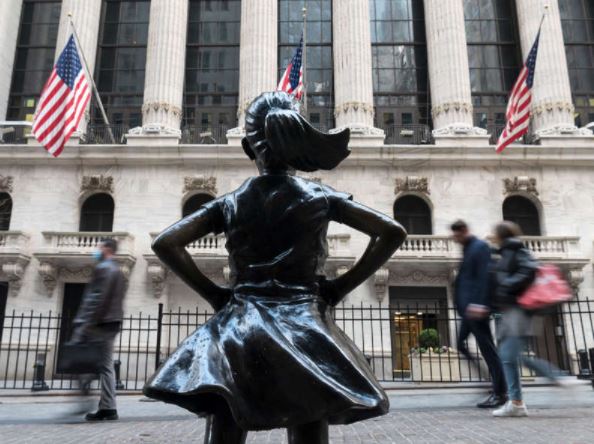 Some of this is pandemic related, but the U.S. wealth gap has been growing for decades.  (This link takes you to an article I did in April 2013.  The chart here is stunning.)  A typical family used to be able to look forward to doubling its income about every 23 years, or once a generation.  This held true from 1948 to 1973, but since 1973, according to Business Insider, “…it would take them 100 years to do so.” Not so with America’s wealthiest.  During the pandemic alone, American billionaires added $2.1 TRILLION to their net worth, and the nation added “more than 100 new billionaires, going from 614 billionaires in March 2020 to 745 in October 2021.”

People always argue over stats, so I always find it instructive to look at the comments posted beneath many stat-filled reports.  This one garnered over 300, falling roughly into 5 or 6 typical categories, of which I want to comment briefly on three.

The bootstrap category, insisting that the wealthy made this money on their own and therefore, Good for them. They should keep it.  I’m not saying that many of the wealthiest didn’t work hard.  In fact, many worked too hard, sacrificing health, friendships, even family. But such comments show a misunderstanding of systemic wealth: how most of the wealthy did not start from scratch, but with a tremendous head start.  They more often than not had the advantage of wealth accumulated over generations, wealth influenced by factors such as race, ability to own homes in wealthier neighborhoods, better—often elite—educations, etc.  Former President Trump spoke of his father giving him a small loan of $1 million.  Small?  Many typical Americans might stay up nights if they loaned someone even a few hundred dollars…or even much less.

The rich pay most of our taxes category.  Yet their tax rates have fallen precipitously even as their income has skyrocketed.  Today’s rate for rich Americans is nearly half of what it was in 1960: 26% vs. 51% then.  And for many rich—not all—that rate is much lower, often ranging from 15% to 0%.  This led America’s most legendary billionaire investor, Warren Buffett, to note that his effective tax rate was lower than his secretary’s, and thus the Buffett Rule was born: No household making over $1 million annually should pay a smaller share of their income in taxes than middle-class families pay.  I want to acknowledge that tax law and its effects are very complicated, especially, I think, when it comes to corporate taxes. Still, from just a practical, everyday perspective I’ve often felt fake pity for a billion-dollar-a-year earner who had to pay 50% of his income and get along on just $500 million.

Finally, the poor are stupid category.  Let me skip over the most egregious parts of these comments, which almost always show a blindness to the effects of race and gender, of lack of good education, of the generational effects of poverty, and the real, everyday hardships of having so little cash.  Etc.  I skip over these to say I agree that most people need to be more financially literate.  Part of our illiteracy comes from not having that good, solid education.  Part of it comes from Americans being fairly poor savers, let alone investors.  Part of it comes because from a certain perspective saving or investing seems counter-intuitive.  I was a college professor for decades, and some might know that the vast majority of us don’t make much money, far less than many public school teachers.  One of my closest colleagues came into my office one day, plopped himself in a chair and said in a defeated voice, “This job is a fantasy for a man with a family, right?”  For years I tried to get minority students to seriously consider becoming a college prof, to which one said, “Couldn’t you make as much money cashiering for Jewel?”  “Yes,” I had to admit, “but after about 20 years you could make a decent living.” Laughter ensued.  In my second year as a professor, my college’s comptroller called me to his office. “Listen,” he said, “you’ll never make much in this profession, and I know this is going to be hard to hear, but I want you to let me take 2% more out of each paycheck starting today so I can invest it for you in a retirement plan especially made for teachers like you.”  I reeled at the prospect.  “And I want you to commit to putting a larger percentage in every subsequent year.”  It didn’t make emotional sense to me then, and I had a doctorate.

On this website I write a lot about The Neighbor Project (TNP).  Part of this organization grew out of two family foundations started by Rick and Desiree Guzman in memory of my youngest son Bryan Emmanuel.  TNP focuses wealth building not on stocks but home ownership, a parallel way to build wealth which has more immediate effects on stabilizing family and community.  No matter what approach, home ownership or stocks—and hopefully both someday—it takes more financial literacy.  This literacy won’t help the typical American get within hailing distance of the richest. They’re just too far ahead, and systems will favor them for many years to come.  But the wealth gap will close some and extreme poverty will hopefully be on the ropes.  Those will not be small victories.

♦  The racial wealth gap is even worse.  See “The Racial Wealth Gap and Home Ownership.”

This entry was posted in Social Change and tagged financial literacy, The Neighbor Project, U.S. wealth gap. Bookmark the permalink.