Christian theology has white supremacist leanings.  Perhaps the majority of religious and philosophical systems do as well, but Christian theology definitely does—at least when it comes to its ideas about salvation and holiness.  James Baldwin has been all over our recent discussions of race in the U.S. because his take on racism has been about the deepest, most complex we’ve ever had.  But he also noted a very “simple” root of racism: the color of evil and damnation is black, the color of goodness and salvation is white. This is one of the major ideas in the VIDEO below, which shows a talk I gave at the launch of a pilot project called the Clergy Peer Reflection and Engagement Series (CPRES), aimed at helping United Methodist clergy in the Northern Illinois Conference be more bold to speak about anti-racism from the pulpit and to lead their congregations and communities in anti-racist activities. 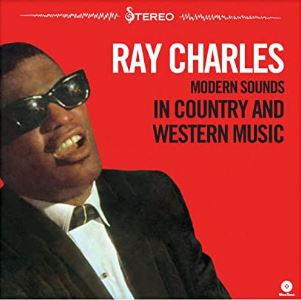 When I was younger, I was a church song leader, leading congregations in songs like: “Lord, Jesus, I want to be perfectly whole / I want you forever to live in my soul. / Break down every idol, strike down every foe. / Now wash me and I will be whiter than snow.” / Chorus: “Whiter than snow, yes whiter than snow. / Now wash me and I will be whiter than snow.”  White, white, white.  And beyond this that lust for purity and separation that is at the heart of all white supremacist thinking.  The root meaning of “holy” is to be “set aside,” separated from the unholy and profane.  White, white, white, and its connection to Holy, holy, holy is a drumming rhythm deep in the Christian soul, driving us away from blackness.  “Yes,” my pastor, Kyunhae Anna Shin, blurted out at a Zoom meeting of a ministry team we had just a day after I gave the talk below. “Right from the beginning, our theology makes us want to be white!”

The relationship to racism seems clear.  Whiteness, and its attendant purity and separation, is instilled very deep in our souls as the thing we want most of all.  And when we encounter blackness we react instinctively, either to try to wipe it out violently or— perhaps more subtly but eventually more “effectively”—to wash it clean: to make it acceptable by washing away its “contaminants” and making it as white as possible.

Also, “integration” often means people of color giving up large areas of their identity to try to fit in, or being forced into doing things whites want in the way whites want things done.  In the talk below I mention a podcast my wife Linda’s been listening to, and I’ve heard the bits and pieces she’s made me listen to.  It’s called Nice White Parents, about how a group of white parents come in to a struggling minority school and just take over, eventually leaving the interests of that school, its students, and its community in a distant second place—all while “meaning well.”  At heart we still love white saviorism.  We give Best Picture Oscars to white savior films like Green Book and Driving Miss Daisy, which won its Best Picture Oscar the same year Do the Right Thing came out.  But in a move confirming that Americans would rather talk about anything—anything—but race, Do the Right Thing was not even nominated!

In the VIDEO below, I propose thinking about integration differently, and consequently salvation and holiness differently as well.  I base this on much I’ve read before, and on Taoism, but especially the music of Ray Charles.  I tell of the moment I, as a kid, first heard him sing.  The song was “Georgia on My Mind,” and to this day I don’t remember ever being so still.  By the early 60’s, Ray Charles, perhaps the pre-eminent blues shouter in America, began recording and remaking white country music.  He even remade “You Are My Sunshine,” as if to say: Hear this! This is what white being integrated into black sounds like.  Ray Charles is probably an unlikely figure to inspire theological reflection, but his music said to me that people of color didn’t need to lose their identity to belong.  Instead, whites could integrate into us.

Whiteness didn’t need to wipe out blackness or try to clean it up.  It could integrate into blackness.  It could stop trying to lead and always take things over and instead accept an equal mutuality with blackness, acknowledging that blackness is an inextricable and positive component of itself.  Writing in 1970, Robert Greenleaf, who started the field of Servant Leadership, said,  “…the next 30 years will be marked as the period when the dark skinned and…the alienated of the world assert their claims…” and were not “led by a privileged elite…It may be that the best that some of today’s privileged can do is to stand aside and serve by helping when asked and as instructed.”  He was off by less than two decades.  That time could be now, today, where who leads? is a question playing out in protests and other anti-racist actions all across the country.  Whiteness integrating into blackness could lead to a fuller, more expansive vision of salvation and holiness.  What if salvation were seen not as a process of whitening, but of darkening?  What if holiness were not seen as a process of separating, setting oneself aside, but of embracing?  One thing they always got after Jesus for was his refusal to separate himself from the supposedly profane.  The continuing narrowness of our vision of salvation and holiness—a vision so clouded by whiteness—is one of the deep things blocking our ability to be more truly anti-racist.

♦  Go to the first podcast episode of Nice White Parents.

♦  I recorded an introduction to myself played just before the talk I gave in the VIDEO BELOW.  See it here in a post titled “Retirement and Race.”  For a series on race based on another United Methodist event go to “Unpacking Racism.”  Go to the Teaching Diversity page on this site, and for a five-part video series on Ray Charles, go to “Me and Brother Ray.”  I would most recommend “Part 4: Signifying.”

♦  Though the talk below is not, strictly speaking, a sermon, there are several of my sermons on this site, including “It’s Not What You Know, But Who You Know,” “Searching for Prophets,” “Sacred Doing,” “Pentecost Means No Supremacies,” “Who Do You Stand With? A Sermon for Transfiguration Sunday,” and “Three Things to Stop Saying,” the last three most directly addressing race.

(For a pdf copy of the talk below go HERE.)