Threshold and the Jolt of Pain

“Being in these vocal handcuffs,” he writes, made me a desperate, devoted writer at twenty.  I worked like a dog, choosing each word.  I wrote two full-length novels in iambic pentameter and a firehose style.”  In other essays on Hoagland—see the links below—I’ve said that his central obsession is the tension between disconnection and connection: stuttering, the disconnect, vs. a style overflowing with the connections metaphors make.

“Threshold and the Jolt of Pain” begins with a typically wonderful Hoagland sentence: “Like most boys in their teens, I wondered once in a while how I would take torture.”  It then moves along following a fairly linear underlying form that marches us up Hoagland’s scale of pain: from the pain caused by boyish pranks, to a sadistic streak that he takes into his first love affair, to his stuttering, to the professional pain of having his first two novels virtually ignored, to the pain of death (his father’s), to what he calls the greatest pain of all—childbirth. Yet a rigid, underlying linearity is hardly what we experience.  As I have said in other articles in this series on The Arts of the Essay, the greatest essays often place a fairly straightforward underlying form in tension with a circling, almost wandering surface. 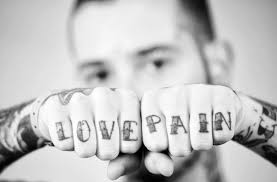 The circling feeling of “Threshold and the Jolt of Pain” begins when he talks about his first love affair.  She was a Philadelphia girl, twenty-seven.  He speaks about her in paragraph three, near the essay’s beginning. We almost forget about her, moving along his scale of pain, hearing about his stuttering and the many cures foisted upon him, being with him as his father dies, but then, almost suddenly, she comes back near the end.  She’s become pregnant by another man, so—in what seems like a non-sequitur, and with another strange metaphor—“We drew out our savings,” writes Hoagland, “and started for San Francisco, that vainglorious, clam-colored city.”  She’s the occasion for the pain of first love, and now will be his tutor on the pain of childbirth, the pain at the top of Hoagland’s list.  The essay combines the straight and circular, moving toward its ending by circling back to its beginning.  But it’s even more complex than that.

We’re constantly thrown off both the straight and the circular because we’re constantly shocked by what Hoagland chooses to reveal about himself and the way he chooses to phrase those revelations.  In “The Problem of the Golden Rule” he admits to sniffing each sock (“just a whiff”) before he jumps into bed.  “The smell of each sock checks precisely with the other one and smells as vital as pigs do.”  In “Threshold and the Jolt of Pain” he admits that, “I did by stages develop the habit of beating her”—his first love, the Philadelphia girl—“briefly with my belt or hairbrush before we made love.” The experience, however, gave him a “contempt for pornography,” and “Seeing eventual disaster ahead,” 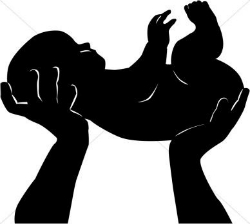 he “didn’t go deeply into this vein of sensation.”  Still, near the end of the essay, now in San Francisco with the same girl who’s about to give birth, he says, “I’m ashamed to say that I’d spanked her a little the night before, not realizing it was the night before; I never spanked her again.”  Because of a contract she had signed—partly to make sure she actually wanted the child—she had to relinquish her to a home for three weeks before they would let her have the baby for her own.  During those three weeks, Hoagland tells us, “I was privileged to keep her breasts flowing…a luxury that would have been fitting for Zeus.”  It’s difficult to keep your mind on any structure when these kinds of admissions just keep coming.  Or those odd details, like in this sentence from “The Problem of the Golden Rule:” “We’ve all become reluctant to stop and stick our noses in—a man is run over by a Breakstone cream-cheese truck and we pass quickly by.” Without that detail on the precise nature of the truck, we might connect with the thought.  “Breakstone cream-cheese truck” disconnects us, as do his admissions.  Too strange, too much information, kind of perverted—we think all this, and it stops our connection to what might have been a scene or sentence full of wisdom, generosity, warmth, pathos.

His very style, in other words, embodies his obsession with connection / disconnection, and never more so than in perhaps the central passage of “Threshold and the Jolt of Pain,” one of the best scenes he’s ever written:

“A couple of years after that”—the pain of having his second novel ignored—“I got divorced from my first wife, and bawled like a half-butchered bull for an hour, rolled up on the floor of my apartment, while the two homosexuals next door listed in silence close to the wall, wondering what they ought to do.  It was a purge, but the pain of that experience I remember best was an earlier scene. I’d announced to my wife, whom I loved and still love, my belief that we needed to separate. The next time we talked she crossed the room to my chair, knelt down beside me and asked what was going to become of each of us.  That is the most painful splinter in my life, the most painful piece of the past.  With variations the ache was prolonged through many fugitive suppers.  In fact we still meet, holding hands and laughing at each other’s jokes until we feel tears.”

Here, at least, the disconnecting strangeness—the half-butchered bull, the homosexuals listening through the wall, the fact that he and his wife still meet and hold hands—bookend that affecting, touching scene. They don’t interrupt it.  We can connect, can sympathize, empathize, if only for a moment.  Then we realize we’ve connected so strongly to a scene of disconnection.  Or is it?  Hoagland is one of my favorite writers, partly because he’s so strange, but more so because he’s always telling us this: there’s never connection without the shadow of disconnection, and the opposite is true as well.

♦  Go to the lead post in the series The Arts of the Essay, where you’ll find links to articles on other Hoagland pieces like “The Courage of Turtles,” “A Low Water Man,” and “Dogs and the Tug of Life.”

This entry was posted in Writing and tagged Edward Hoagland, The Arts of the Essay, Threshold and the Jolt of Pain. Bookmark the permalink.