A Time of Service at Emmanuel House

Setting up a playset at Emmanuel House

Emmanuel House was honored once again by North Central College when over 60 people showed up to do yard work and set up a play ground at its Claim St. site on May 19th.

The VIDEO below captures a few moments from this time of service.

Responding to a call to service from the college’s new president, Dr. Troy Hammond, the group represented virtually every segment of the college community: students, professors, staff, administration, board of trustee members, alumni, and their families. 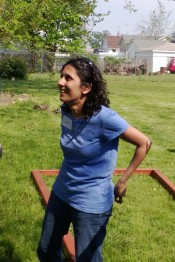 From it’s original site, Bryan House, the Emmanuel House Community Development Corporation has grown to four sites (with more coming), plus its first headquarters, now under renovation.  We’ve been visited by U.S. Senator Dick Durbin (see video of visit) and established partnerships with many churches and community development organizations. And the college has been with us every step of the way: from comforting our family when we lost Bryan, to holding those first benefit concerts at The Union, to carrying on numerous fundraisers (several as assignments in entrepreneurship classes), to building a community vegetable garden (a S.I.F.E. project), to providing a stream of volunteers, publicity, good will, and more.  Special thanks to Ministry and Service for its leadership in so many of these endeavors.

And to president Hammond, who called for this time of service, and whose family—wife Sharlene, and children Adonay, Dillon, Karina and Gabrielle—all showed up.

Watch the video below and you can also see him hauling trash and weeds out of Emmanuel House’s back yard!

♦  Watch a YouTube video of North Central College’s Inauguration Cornerstone Weekend.  The last 1:06 of this 3:00-minute video is on this service time at Emmanuel House, and features Dr. Hammond talking about how surprised he was that 60 people joined him and his family.  Then again, as he also says, there college has a powerful ethos of service.

One Response to A Time of Service at Emmanuel House