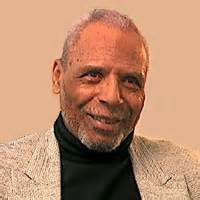 In his introduction to Perkins’ latest book Images and Memories: Selected Poems, Haki Madhubuti says that, “Of the Chicago writers to emerge out of the dynamic sixties, [Perkins] is one of the few who embraced the mission of cultural worker/artist/activist.”  Useni Eugen Perkins (1932—) has published, besides Images and Memories (2002), seven other poetry volumes, including An Apology to My African Brother (1965), Black is Beautiful (1968), and Midnight Blues in the Afternoon (1984).  Among his 25 plus plays are Cry of the Black Ghetto (1970) and Pride of Race (1984), as well as plays on the lives of Fred Hampton, Leadbelly, and Cinque—these last three perfectly symbolizing Perkins’ sense of the deep connection of art and social change. 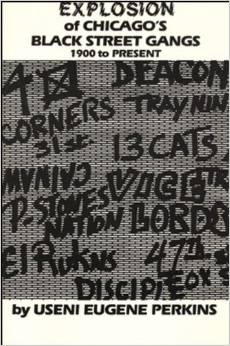 In 2000 he was inducted into the National Literary Hall of Fame for Writers of African Descent, and in 2002 received the Black Theater Network Playwriting Award.  But beyond these literary honors, Perkins has long been beloved for his involvement in the Black community as a proponent of institutions like Third World Press, and especially as a social worker and champion of youth, these latter roles manifesting themselves not only in the everyday lives and struggles of young people, but also in three highly regarded books of social investigation: Home Is a Dirty Street: The Social Oppression of Black Children (1975), Harvesting New Generations: The Positive Development of Black Youth (1986), and Explosion of Chicago’s Street Gangs, 1900 to the Present (1987).  His writings for youth include Afrocentric Self 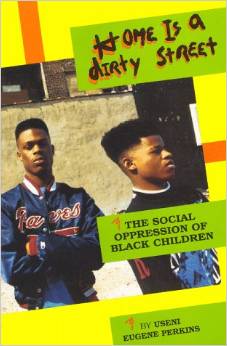 Inventory and Discovery Workbook for African American Youth (1989), and The Black Fairy and Other Plays (1993).   In 1969 he received the Malcolm X Manhood Award, and in 1970 an award from the Concerned Parents of Lawndale.

In my book Black Writing from Chicago, I included his poem “A Poem for Jazz Lovers and People Who Hate Wars,” where he counsels us to replace the destruction of war with the creativity found in jazz.  The poem comes from Silhouette (1970) and rides on the major artistic inspiration of his writing, Black music.  With its anti-war theme and lines about building “humane housing” and “survival schools,” however, his social activism also shines brightly.  The poem focuses on music with lines like:

… let BESSIE SMITH moan
over the silent grave of the unknown soldier.
Place jazz organs in all churches so the people
can pray to real soul…

SAVE THE JAZZ BANDS   that were left dragging
their music on ramparts st.
SAVE THE FUNKY BLUES MUSICIANS with beat up
instruments who have been denied
scholarships to downtown
conservatories…

But Perkins also adds lines that join music to other creative actions—actions creative not only because they create, but also abandon, desert, or “destroy destruction.”

…Cease the armaments race and join the battle of
tenors with ILLINOIS JACQUET and SONNY STITT
blowing on a stage before a group of
army deserters.

His is not a flimsy vision of art making everything better just by being art.  Here Perkins confirms what Madhubuti says of him: he is at once an artist, but also a cultural worker, one who knows art must result in other tangible things.  Art shows us not just the joys and possibilities of creativity, but impels us to create other needed things beyond itself.

♦  Go to the Black Writing from Chicago page or the Teaching Diversity page.