What the Widow’s Mite Adds Up To 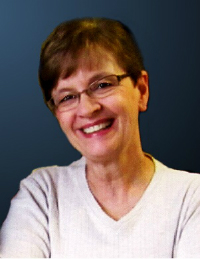 Friday, early morning, the day after Thanksgiving 2015, we lost our closest friend, Deanna Petersohn, to an aggressive cancer.  Less than three months passed between her diagnosis and her death.  She was only 60.  A quick and outrageous wit, extraordinary loyalty, a constant struggle to rise above a traumatic childhood—these were some elements in a personality that enriched ours and our family’s lives for decades.  Perhaps later, as the shock of her swift passing lessens, we can be more articulate and personal, sharing both the small, everyday ways she brought us joy, the lessons her life taught us, even her flaws—which brought perhaps the deepest lessons of all, as flaws often do.  For now I’m just thinking of the four short verses that begin the 21st chapter of the Gospel of Luke.  In the “Widow’s mite” episode, Jesus watches rich people drop money into the offering plates, then sees a poor widow put in two pennies.  “The plain truth,” He says, “is that this widow has given by far the largest offering today.  All the others gave offerings they’ll never miss; she gave extravagantly what she couldn’t afford.”

I was thinking of this even before my son Rick wrote the following about Deanna’s faithfulness to our family’s foundation Emmanuel House, which Deanna supported every month from its beginning in January 2007, a month after my youngest son Bryan Emmanuel Guzman died.  (He had just turned 21.)  During a bitter divorce, I urged her to fight for a fairer settlement, and partly because of that she was able to buy a small home in Aurora.  Though she lived in or on the edge of poverty the rest of her life, the home gave her pride and stability, so she deeply understood Emmanuel House’s emphasis on the importance of home ownership.  She sometimes worked two jobs and made sure her sons got college degrees.  Several times she confided in my wife Linda that she wasn’t sure she could keep supporting Emmanuel House, but she did.  Here’s what Rick wrote shortly before her memorial service.

“Dad — In light of Deanna’s decision to have gifts directed to Emmanuel House, I thought this would…be appropriate to share….This is actually the first thought that came to mind when Linda asked us to complete the sentence ‘I’m thankful for Deanna because….’

A still from a video of the Bryan House dedication shows Deanna Petersohn with Linda. Bryan House was the first of Emmanuel House’s buildings. The film will be released in December 2016 to mark the 10th anniversary of Bryan’s passing.  See it HERE.

“Ultimately, my answer is more or less like everyone else’s: I’m thankful for Deanna being such a consistent, faithful, laughing, baking, smiling, positive presence in my family’s life.  But my more unique spin—and my first thought—was that I was thankful for Deanna’s faithfulness in her giving to Emmanuel House. Every single month since January 2007, Deanna wrote and mailed a check…to Emmanuel House. For the better part of 7 years, those checks came to our home where we collected EH mail. Her check was almost always for $13 (the cost of operating one day of one apartment at Emmanuel House). Some months it was $8 or $10 and then she’d usually try to make up the difference the next month or at the end of the year. I checked several years of our old spreadsheets and Deanna’s annual contributions were almost always in the range of $156 ($13 x 12).

“Dad texted me last night something referencing her dedication to EH and how her contributions weren’t huge but were like the ‘widow’s mite.’ Very true, but in tallying the faithful ‘mites’ contributed over the past 9 years, Deanna’s contributions totaled just over $1,400. To put that in perspective, $1,400 is 19.5% of what it takes us in monthly sponsorship contributions to put an entire family through the Emmanuel House program and help break the cycle of poverty through home-ownership. Our average family size just happens to be 5 people. So Deanna’s contributions effectively fully funded one person’s journey through the Emmanuel House program to permanently alter the opportunities available to that person. If we think about that one person as one of the scores of children impacted by EH, then that one person is a child who will grow up in a more stable environment. A girl—perhaps—who as a result will have a 15% less likelihood of becoming a teenage mom, a 25% greater likelihood of graduating from high school, and a 116% greater chance of graduating from college.

“I used Deanna as an example once when I was speaking about how small contributions can add up to big impact over time. She knew I was talking about her, so I take some comfort in knowing that she had a sense that she was making a real difference….”