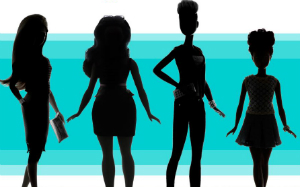 In 2002 the Daily Herald asked me to write a piece about “the state of race relations,” and I responded with “Turning a Corner on Racism”—a cheery title, though many pointed out I spent as much time, maybe more, back-peddling and being cautious than defending my claim.  A good thing, too, since the ensuing years would bring us the extraordinary series of events we now find ourselves in the midst of—events “starting” with Trayvon Martin (an incident with thousands of precedents) and continuing through Eric Garner, Michael Brown and Ferguson, Freddy Green and Baltimore, the Charleston church shootings, Laquan McDonald in Chicago, etc. etc. etc.

In 2004 I published a piece called “Miscegenation and Me” in which I speculated on the coming of a new age of the hybrid, a true multicultural era, though I warned of a backlash of the “old order,” a backlash now spectacularly evident as anti-immigration, xenophobia, and wondrously backward thinking run rampant in huge portions of the 2016 U.S. Presidential race.

All this is heavy stuff, and I think of myself as naïve, prescient, and stupid all at once.  And now along comes Barbie and her new bods—tall, curvy, and petite, with 7 new skin tones and 22 eye colors joining regular Barbie.  Is this a sign of equal importance to, say, the magnitude of Donald Trump’s rallies and poll leads?

Mattel ships all the new models sometime this February 2016, and the news has done a respectable number of stories with girls of color and girls of differing statures emoting over dolls that now look more like them.  But it still is Barbie, afterall, and much of the cultural stock surrounding her and influencing children in less than healthy ways remains.  In her now often-anthologized story “Barbie-Q,” Sandra Cisneros uses the voice of a young girl who enthuses over an unexpected find: Barbie costumes and dolls she and her friends thought they could never afford, now offered at cut-rate prices at Chicago’s Maxwell St. street market because a toy warehouse has burned down.  The burnt smell lingers even after repeated washing, and here and there a body part’s a little melted, but who’ll know if you don’t sniff too close and you cover the melted parts with costumes?  It’s partly a commentary on race and class and the “white desires” of girls of color, and the enthusiasm is balanced with a underlying cynicism that’s young and actually hopeful.  Before getting carried away by her find, for example, the narrator says, “Every time the same story. Your Barbie is roommates with my Barbie, and my Barbie’s boyfriend comes over and your Barbie steals him, okay? Kiss kiss kiss.  Then the two Barbies fight.  You dumbbell!”

Mattel is hardly the first company to diversify its toys, but Barbie is so iconic, so “American,” that—though I’m still abundantly cautious—all these new bods and colors may be as sure a sign as any of that new multicultural age and a shift in U.S. history.  Often things that seem innocent and trivial—just child’s play—are more telling, and finally more potent, than the louder, more grown-up noises of the day.