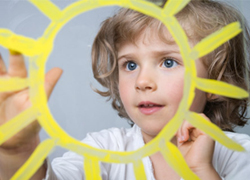 Another “congratulations” to Diane Nilan, founder of Hear Us, a national organization focused on giving voice and visibility to homeless children, youth, and their mothers.  At the 2012 NAEHCY Annual Conference (National Association for the Education of Homeless Children and Youth) Diane was awarded the prestigious Sandra Neese Lifetime Achievement Award for her decades-long advocacy for homeless people, and perhaps especially for her founding of Hear Us and her efforts at helping homeless kids get a fair shot at education.  You can read more about Hear Us on this site HERE, and by visiting Hear Us on the web at www.hearus.us.

At the 2012 conference, held in Albuquerque, New Mexico, Laura Vasquez, professor of Media Studies at Northern Illinois University, was also recognized with an Outstanding Leadership and Service award for her continuing work as editor and director of Diane’s films, in particular on the edge, which in May 2012 was shown on PBS stations nation-wide.  Read more about on the edge on this site HERE.

The major national organization devoted to education of homeless children and youth, NAEHCY began in 1989 as NASCEHCY, The National Association of State Coordinators for the Education of Homeless Children and Youth, aimed at state-level coordinators working to ensure that homeless children and youth received equitable and excellent services through public schools across the country. At its annual conference in Des Moines, Iowa, in the Fall of 1998, the Association removed the words “State Coordinators” from its name and expanded its membership to all individuals who attended the annual conference. Then in 2002 at its annual conference in Los Angeles, California, NAEHCY opened membership to everyone interested in homeless education.

I’ve excerpted a few pages from its 2012 Annual Conference program book to give you an idea of its breadth and to show the page on which Diane Nilan and Laura Vasquez are announced as winners of major awards.  See the excerpt HERE.

It’s a tremendous honor for Diane, but at a time when homelessness and poverty are on the increase she will not be tempted to rest on any laurels.  SUPPORT HEAR US by going to its website (www.hearus.us) to donate, to buy its films, books, and other products, to track Diane’s travels, articles, media, and initiatives, and to get involved in the continuing fight to end homelessness.

√ GO TO the Hear Us MAIN PAGE on this site.
√ Listen to a radio documentary about Diane Nilan.

This entry was posted in Social Change and tagged Diane Nilan, Hear Us, Homelessness, Laura Vasquez, Linda Bonifas-Guzman, NAEHCY, National Association for the Education of Homeless Children and Youth, On the Edge, Sandra Neese Lifetime Achievement Award. Bookmark the permalink.