The Video below shows Dan Guzman’s band Light The Band playing this past August at the iconic Boom Boom Room in San Francisco (John Lee Hooker’s club) and at Bocci’s Cellar, its weekly gig in Santa Cruz.  Though Dan’s bands have always had a jam vibe, Light The Band amps this up and commits to a funkier, bluesier, more New Orleans feel. Honest, real, immediate—its grooves build to exciting, high-energy jams, or just stay in the pocket—or both—and there’s more dancing than ever at Light The Band shows. 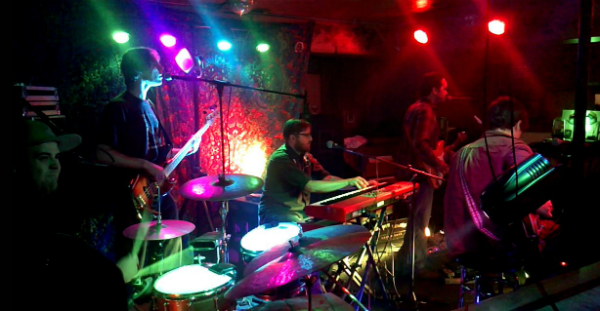 The video below features this six-person lineup and short shots of some of the band’s key songs: “Waitin on the Boys,” “Way Down Low,” “Baby Brother,” and a carry-over from Hypnotist Collector days, the Dead’s “West L.A. Fade Away.”  You can also catch Light The Band on these other videos and more:

Below, the video’s picture shows them at Boz Scagg’s club Slim’s in San Francisco. ENJOY!

This entry was posted in Arts, Music & Media Podcasts and tagged Dan Guzman, Light The Band. Bookmark the permalink.