Reflections on a Political Loss

It has taken me a while for me to write anything at all, but on the afternoon of April 10th I wrote this to a few colleagues who had been supporting Rick Guzman’s run for Aurora mayor:

“By now you know that Rick Guzman lost his race for Aurora mayor by a narrow, narrow margin. We were away this weekend visiting family when we got a text Friday saying that he, not wanting to appear obstructionist or to stand in the way of the transition, was going to concede. The numbers are not all in yet (!), but it appears he lost by about 170 votes on the high end, and as few as 101 votes on the low. He wanted to get within 76 votes before going through the expensive and uncertain process of a recount, but figures he will fall about 25 votes shy of that. 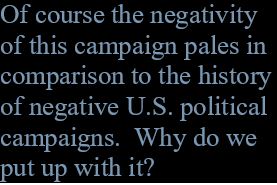 “Of course we are devastated. This is an age where actual accomplishments don’t often mean much—he has had far more than his opponent—and where fake news holds terrible sway. We were the victim of such news when a super pac in Evergreen Park just made up a story, totally lies, and released it on a fake news website. My wife is friends with a member of a prominent Aurora political family and watched as this story was circulated by them on social media the weekend before the election. We had also heard others repeat this fabrication for about a week.

“In an election this close many of us who volunteered can’t help but have thoughts like, if I had only Contributed 100 more dollars, or Made 100 more calls, or Knocked on 100 more doors, maybe that would have made the difference. The only one who I hope does not harbor such thoughts is Rick himself, who sacrificed many times more than anyone else. It’s possible he knocked on more doors himself than all of the rest of us combined.

“I will write more fully on the loss in the near future and post it to my website after we’ve had time to digest it all and to try to recover. For now we’re just discouraged—at least I am, who has never been much a fan of politics in the first place.

“During the campaign people often said to me, You must be very proud. I always took this as a strange statement because I was already as proud of Rick as I could be and winning or losing wasn’t going to have much of an impact on that one way or the other. His accomplishments were already impressive, but my pride has always emanated from something greater: my knowledge of how very deep his desire was to be a good man and to make a difference. I told him this soon after election night, and he replied, ‘Thanks, Dad. I am who I am because of you.’ May we all be as lucky to get those kinds of replies from our children. At Bryan’s memorial service, where so many spoke, especially all his brothers, Hal Wilde came up afterwards, tears in his eyes, and said to me, ‘I hope you know you’re the luckiest man in the room.’ I speak of my own feelings at this moment—knowing that Rick’s and the family’s feelings are more important now—only to say I am constantly aware of my immense luck in having the family I do. Maybe in a while, the story will turn from deep disappointment in the loss and in politics in general to more of a story where a political unknown, dead last in the beginning and given no chance at all, ran a race against three political veterans with decades of name recognition behind them, plus five write-in candidates, to come this close to winning. I hope so. Thanks for your interest and support.”

It’s hard to sort out the many regrets you have at times like these, but in my note I pointed to two, big political ones: the negativity and the fake news.  And I was sorry that our own campaign felt it also had to mention negative things.  As someone said to me, “But what we mentioned was ALL true!”  I suppose.  But I met several supporters of Rick’s opponent, Richard Irvin, whose resolve to vote for their man was stiffened by that negativity.  The links below will take you to a Tribune article by Steve Lord on both campaigns’ negative turns, as well as a long note from Rick himself commenting on it.  Of course, the negativity of this campaign pales when put in the context of the history of negative campaigns in American politics.  Why do we put up with it?  That’s a subject for a later post.  My aversion to it marks me, I suppose, as politically naive, but still….

♦  Read Steve Lord’s news story, which begins: “The mayoral race in Aurora that has been lauded for its positivity took a negative turn this week.”

♦  Read Rick Guzman’s comment on the last days of the campaign.  His comments seem supported by what Lord reports in his story above.

This entry was posted in Social Change and tagged negative politics, Rick Guzman. Bookmark the permalink.