The Dream of the American Male 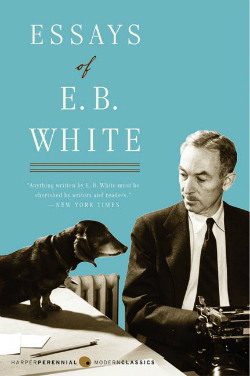 These days E.B. White may be most widely known as the author of two classics for young readers—Charlotte’s Web and Stuart Little—but he is also one of America’s greatest essay writers.  The long essay “Here Is New York,” often published as a separate, small book, is the greatest paean to a city ever written, but what interests me most here is one of his shorter essay.  He was one of the cadre of writers responsible for founding The New Yorker and wrote many of the short essays, some unsigned, sprinkled throughout the magazine’s pages, especially at the beginning of each issue. Everyone calls this particular moment in American history a watershed moment, a moment when sexual harassment and assault have finally been seen as the crimes they are.  The #MeToo campaign has presented us with extraordinary numbers, and even those who have worked to expose these crimes their whole careers are stunned at how really big those numbers are.  With this in mind I want to turn to “The Dream of the American Male,” an E.B. White essay published in The New Yorker in 1944.  Only around 400 words long, it’s one of his greatest. 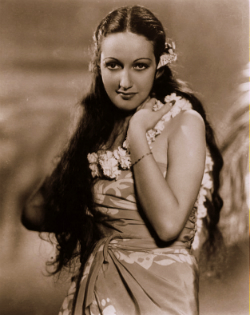 He begins with the news that a Life magazine poll has determined that the woman most desired by our soldiers is Dorothy Lamour, the actress who played the exotic love interest in many films, including the seven “Road to…” films she starred in with Bing Crosby and Bob Hope from 1940 to 1962.  After reasoning that young soldiers can be said to represent what every American male wants, White begins to describe the characteristics that Lamour represents—or, more importantly, how the American male wants that relationship to play out.  The essay ends like this: “Now, in the final complexity of an age which has reached its highest expression in the instrument panel of a long-range bomber, it is good to remember that Man’s most persistent dream is of a forest pool and a girl coming out of it unashamed, walking towards him with a wavy motion, childlike in her wonder, a girl exquisitely untroubled, as quite and accommodating and beautiful as a young green tree.  That’s all he really wants.  He sometimes wonders how this other stuff got in—the instrument panel, the night sky, the full load, the moment of exultation over the blackened city below….” 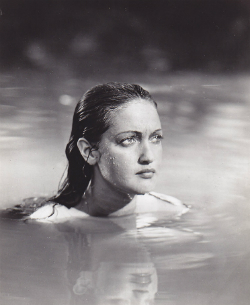 Well, how did this other stuff get in?  White’s casual tone hides his irony and sarcasm so well, but it’s hard to miss the sexual innuendo of this ending: night, full load, exultation.  Then, going back to the middle of this short essay, we wonder how we missed the almost sledge-hammer  message: the relationship the American Male wants is one of total possession, total domination.  He doesn’t want the Dorothy Lamour woman to “destroy a perfect situation by forming a complete sentence.”  If she uses her husky voice at all, it is only “in song or in an attempt to pick up a word or two he teaches her.”  “Her body, if concealed at all, is concealed by a water little, a frond, a fern, a bit of moss, or by a sarong—which is a simple garment carrying the implicit promise that it will not long stay in place.” That’s how this other stuff got in.  The root of aggression, even this World War, is in our desire and practice of controlling, possessing, dominating women.

♦  This article is part of the series The Arts of the Essay.
♦  Go to a list of Reviews and Commentary on this site.

This entry was posted in Reviews & Commentary, Writing and tagged E.B. White, Here Is New York, merican Male, sexual harassment, The Dream of the A. Bookmark the permalink.