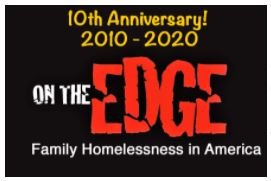 I have served in homeless shelters for over three decades, the most current being Daybreak in Joliet, Illinois, a shelter started by distinguished advocate for the homeless Diane Nilan in 1988.  State mandates during our pandemic have restricted the number of people who can be housed there, and as I look out at the barely half-filled dining hall I wonder where all the others have gone.  Homelessness and hunger are only increasing in the U.S.  In the richest country in the world, 1.5 million children are homeless.

The Netflix short documentary Lead Me Home by directors Pedro Kos and Jon Shenk is a gorgeous film to start a journey towards understanding homelessness.  (Go to the film’s website.)  Beautifully filmed, filled with dramatic aerial drone shots, expertly edited with smart cuts and overlaps, it’s a visual feast which strikes you hard and keeps you riveted for its entire 40-minute length.  It’s got soul, and you’ll feel homelessness viscerally, something of tremendous value.  Yet it won’t necessarily give you an understanding of how the people we see actually got there.  Early in the film an interviewer asks a homeless man how he became homeless, and through an embarrassed smile and laugh he says, “Well, that’s a long story.”  But we never get that story, and only glimpse other stories.  “If I have to choose between paying the rent in two weeks, or feeding my kids tonight, I’m going to feed my kids,” says one mother.  Later we find that her ex-husband raped her, which is why she’s pregnant with her fourth child.  Of course, we can fill in much of her story but are only given, total, about a minute of her actually speaking with us. 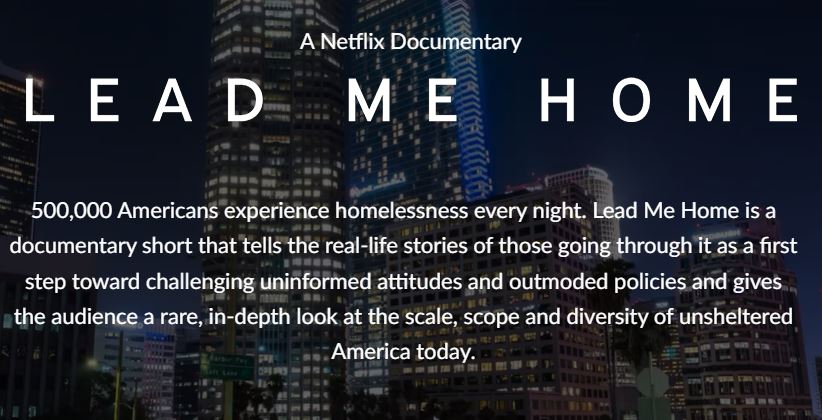 I would recommend this beautiful film for, as I said, starters. For a deeper understanding there’s Diane Nilan’s on the edge: family homelessness in america.  It was shown across the country on PBS on or around Mother’s Day 2012, and we played some small part in getting this done.*  You can now watch the whole film on YouTube.

I remember the day Diane called me to announce her intention to sell her condo, buy an RV, and travel through the U.S. filming stories of homelessness and eventually making a film.  I was so thunderstruck I fell silent, coming to only when I heard her saying, “Richard, Richard, are you still there?”  “Well, have you ever filmed before? Do you have a good camera?”  These might have been the first words out of my mouth.  “No,” she replied, “know where I can get a good one cheap?”  When her first film, My Own Four Walls, came out, I was astounded. Now also available on YouTube, it was focused on homeless children.  on the edge widens out to show mothers and children and how they actually got to be homeless. 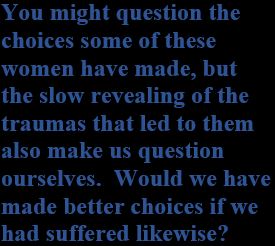 There aren’t any aerial drone shots or fancy cutting, but the shots are good, and they’ve been directed and edited together expertly by Laura Vasquez, a professor at Northern Illinois University who volunteered her time and effort.  What Nilan and Vaquez have created is a film that sometimes moves too slowly, but over its hour length Vasquez uses that pace to slowly unwind the stories of seven women.  Talking head shots give us experts putting the homeless crisis in perspective, but it’s that slow descent into these women’s pasts that remains central.  Finally, we arrive at the traumas that led them to become homeless. Perhaps the most dramatic moment is when one of them finally says, “My mother was murdered.”  Another mother was mentally ill and just couldn’t take care of her child, who then spent 10 years in homeless shelters.  “The first time he hit me” is the almost casually delivered phrase that leads to a story of domestic violence.  “There was so much love,” says another, whose injuries led to pain pills, which led to losing her job, her apartment, then her son, and all that love.  Another was sexually abused by her step-father.  She then delivers the news almost casually, but with such a strong undercurrent of astonished betrayal, that her own mother sided with him and actually bailed him out after he’d been arrested for the crime. 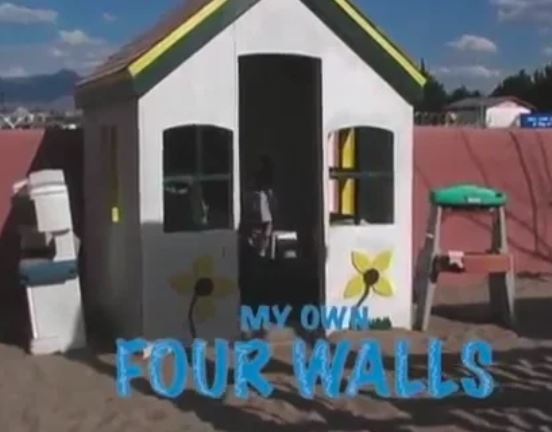 You might question the choices some of these women have made, but the slow revealing of the traumas that led to them also make us question ourselves.  Would we have made better choices if we had suffered likewise?  Another question is, How big is our homeless crisis really?  At the end of Lead Me Home, and in the graphic on the film’s website shown above, it says that 500,000 people suffer homelessness every night.  That’s a figure than enrages Nilan, from whom I got the figure I ended my first paragraph with: in America 1.5 million children alone are homeless.  The 500,000 figure applies to what we stereotypically think of as the homeless: men and women on the street or sometimes in shelters.  But add to that families constantly on the move, living in hotels, very temporary apartment situations, holed up with friends and families, or just one paycheck away from losing where they’re living now, and that number swells into the millions.  What were the choices that we as a society have made to get us to this point?

_______________
Part of the answer to my ending question can be found in Diane Nilan’s book Crossing the Line: Taking Steps to End Homelessness. Diane is now founder and president of Hear Us, which you can find out more about at links above.  * Go to the call to action and congratulations posts for the PBS campaign for on the edge.  Go Here for the on the edge page of the Hear Us website.

This entry was posted in Social Change and tagged Daybreak Homeless Shelter, Diane Nilan, Hear Us, Lead Me Home film, My Own Four Walls: Homeless Children, on the edge: family homelessness in america. Bookmark the permalink.