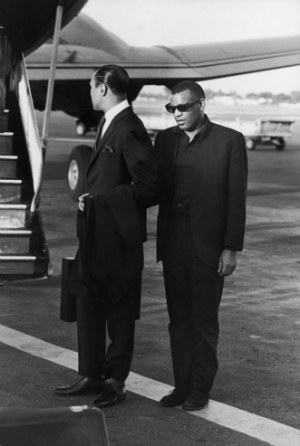 Below is PART 4 of the “Me and Brother Ray” video series.  Go to PART 1 to read more about the series concept.

“It is only in his music that the American Negro has been able to tell his story,” wrote James Baldwin in a great essay called “Many Thousands Gone.”  But Baldwin says this telling is only possible because Americans approach black music with a “protective sentimentality” that prevents them from truly understanding that story, a story that’s too horrible and too moving for them to comprehend.  If, however, you can learn to read the signs—understand what the music is signifying—that story, at least its outlines, begins to stand out boldly.  So Nat Cole’s song “Mona Lisa” begins to signify something more than a reverie about a painting, or the woman behind it.  And so does Ray Charles’ rendition of Don Walker’s country song “You Don’t Know Me.”

Wait.  Did I say “country song”?  Ray Charles?  After perusing this list of Go-To’s, listen to Part 4 below.

♦  Go to the “Me & Brother Ray” lead post for links to all other episodes.

♦  Go to the main Ray Charles post which lists All Things Ray on this site, including a sample online project on Ray Charles, Country Music, and Musical Hybrids.

♦  Go to my remembrance of Julian Bond, who reads a poem about Ray near the beginning of this episode.