There’s just too many f-bombs, b’s, and mf’s and such in comedy these days that it’s hard to use much of it in so-called polite company.  Still, I wish I could.  Bill Burr, Jo Koy, Dave Chappelle, and Richard Pryor, of course.  I’d play a routine here and there to illustrate a point in a sermon or workshop I’m doing, especially on race, or equity, or any number of social change topics.  You can, though, usually count on one comedian: the brilliant Trevor Noah, one of the funniest and most trenchant commentators on race today.  Click on the link just above the picture below and you’ll be taken to YouTube to view one of his Daily Show “Between the Scenes” segments, this one on being “too woke.” 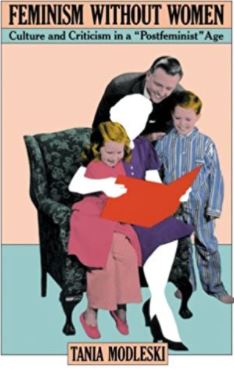 Wokeness and sjw’s (social justice warriors) have come in for harsh criticism these days, and it seems mostly justified.  As Trevor Noah illustrates below, you can be “too woke,” “too much a sjw,” and undercut your good intentions.  I think it’s important to acknowledge those good intentions, though beneath them you can’t help but feel an old, familiar dynamic.  Here come the whites again, the saviors, the privileged ones with the I’ll-fix-it attitude.  They take over because of an instinctive feeling that they just know the right way.  They’ve read a book or two, done a discussion group, attended a workshop and suddenly they know racism better than people of color.  Women know the dynamic well.  I wish there were a phrase that captures it the way an acquaintance of mine, Tania Modleski, did when she wrote her book Feminism Without Women: Culture and Criticism in a Post-Feminist Age.  Maybe “Anti-racism Without Blacks”? 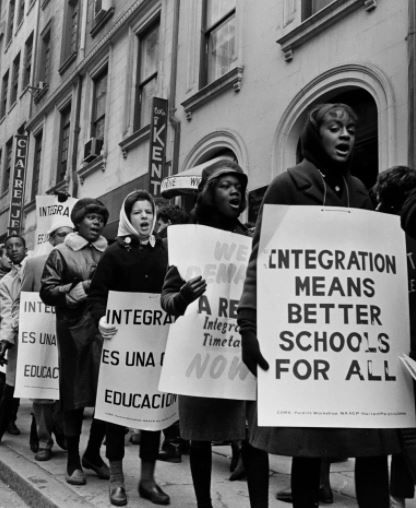 A five-part podcast called Nice White Parents details well how whites come in to an “underserved” school with seemingly good intentions and, as they take over, wind up leaving the school’s original students and the school’s community behind.  The caption that sat under the picture to the left summarizes it well: “In this series, Chana Joffe-Walt asks whether public schooling has been founded on a ‘false ideal of integration’—one that has been the subject of boycotts, protests and policymaking for half a century, but has historically served white families.” (My emphasis.)  The best intro to the series—which you can get on Spotify, Apple Podcasts, the New York Times (which also provides transcripts), and other services—is, I believe, on This American Life. 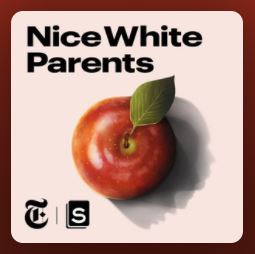 I will delve more deeply into the wokeness problem in Part Two of this article, but close for now with a passage I have often quoted.  Robert Greenleaf wrote this in 1970 in The Servant as Leader, the booklet that started the entire field of servant leadership studies:  “…the next 30 years will be marked as the period when the dark skinned and…the alienated of the world assert their claims…” and were not “led by a privileged elite…It may be that the best that some of today’s privileged can do is to stand aside and serve by helping when asked and as instructed.”

It’s a complex problem.  On the one hand, you don’t want to dampen a woke person’s, a sjw’s, enthusiasm completely.  There’s good intentions in there somewhere.  But somehow we all need to think about dampening the superiority complex that comes with whiteness.  If not, though some surface things might improve, the same system which generates inequality, inequities, and systemic racism will continue on as powerful as ever.  For whites, I’d say if you’re not in the background, if you’re not clearly in a support role, stop a minute and think hard about your “place.”  This advice, it’s important to note, isn’t given because we need to set up a new hierarchy where people of color rule.  It’s a stepping backward to question hierarchy itself very deeply, question it so that true cooperation, true collaboration, true respect can infuse the actions we take together. 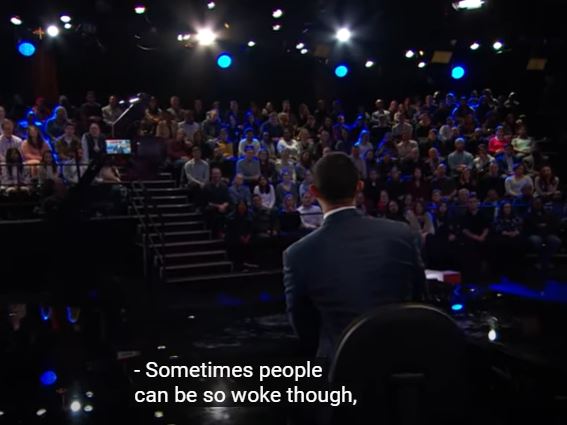 ♦  This article is part of a series based on ideas used in the Becoming the Beloved Community workshop.  Go to the series’ LEAD POST, to the Diversity Training and Teaching main page, and to Part Two of this essay.